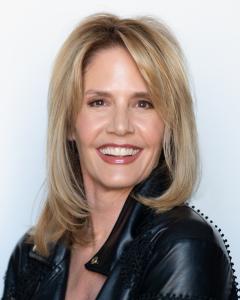 LOS ANGELES, CA, UNITED STATES, June 4, 2021 /EINPresswire.com/ — In the latest, and most audacious venture yet to boost California’s flagging COVID-19 vaccination rates, state officials have announced what appears to be the largest inoculation incentive in the nation: the chance for 10 residents to win $1.5 million apiece.

Los Angeles City Council candidate and environmentalist, Molly Basler, believes this is a discouraging situation. “It is very sad, pathetic actually, that we have to bribe people in order for them to be vaccinated,” states Basler. “Once again: profit over people rather than for the greater good of all.”

The goal of the multimillion-dollar giveaway is simple: Give residents every possible motivation to roll up their sleeves. Officials peg the total size of California’s incentive program, officially dubbed “Vax for the Win,” at $116.5 million.

Basler continues, “When I got vaccinated, I helped those around me. Isn’t that what we want to do? Not for money but to help our fellow humans. That is what humanity is, neighbor helping neighbor. ‘Do unto others as you would have them do unto you’.”

There are 10 grand prizes — the winners of which will be chosen June 15, the date the state plans to reopen its economy fully. California is also putting up 30 prizes of $50,000 each. Winners will be selected on June 4 and the rest on June 11.

According to state officials, all Californians who have gotten at least one dose will be eligible for those prizes, and those who have previously received their shots are already entered.

“So many have lost their humanity due to greed but no wonder. Look at the world we live in, our leaders sell us out for money, big corporations sell us out, and then people sell each other out. On and on we go. Where will it end? Nobody knows,” concludes Basler.