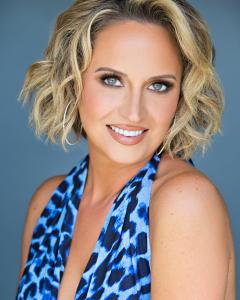 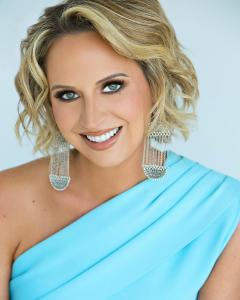 DALLAS, TEXAS, UNITED STATES, October 8, 2021 /EINPresswire.com/ — Kayla Wharton grew up on a farm in Kansas. At the age of three, Kayla started dancing and showing dairy cattle. At the age of 11, she started doing pageants and continues to compete. After high school, she moved to Texas to attend Kilgore Community College receiving her Associate in Fine Arts, and attended the University of North Texas graduating with a Fashion Design degree. Kayla and her husband have been married for fifteen years and have a six-year-old boy. She currently is the owner of Capture the Crown Pageant Coaching and Glitter Makeup. Kayla also has worked her way up in Parklane Jewelry as Branch manager. And loves doing Facebook live sales. You may spot her also in the Parklane lookbook and website as a model. You may have spotted her on the Kelly and Ryan show as a trivia dancer and various tv commercials. She also appeared in the reality tv show “Girl Meets Gown”.

In October of 2018, Kayla was diagnosed with breast cancer. She had a double mastectomy and went through chemotherapy.

Perfectly pink is her platform and she has been educating others on the importance of early detection for over 14 years telling her mother’s story of a two-time breast cancer survivor. Now she educates others on the importance of early detection by telling her own story. Kayla loves volunteering and working with Pink Heals, Relay for Life, Susan G. Koman, American Cancer Society, and The National Breast Cancer Foundation.

Mrs. Kayla Wharton will be representing Kansas as Mrs. Kansas at the Mrs. American Pageant November 12-19, 2021 in Las Vegas.

Through her personal diagnosis of breast cancer three years ago, Kayla has become committed to a cause that so many people are affected by. As a result, her involvement with this cause enabled her to become a confident spokesperson with a plan. Knowing the opportunities the Mrs. American title presents. She will bring a passion to furthering breast cancer education and early detection to all those whom she meets as promoting the pageant and represent married women of America. Kayla is an incredibly strong woman the young women in the world have to look up to.

If you are wanting to compete for the title of Mrs. Kansas in 2022 Sign Up Here: http://www.enterintoempowerment.com/?fbclid=IwAR3AZM_Ge_9Y3UcZHV63f_aAYSKOXXx7yPI71ylgALPvfJ8AAXa2AOqI3-g