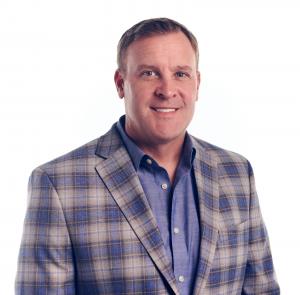 Venture firm maturing and gearing up for growth

“Doug joining us as CEO is a huge step in the maturation process for our platform,” said Gatto, who ran the search process and recruited Edwards to lead the next phase of Jumpstart’s growth and development. Gatto went on to say, “In the early stages of our business, Marcus Whitney and I formed the vision for Jumpstart’s novel approach to VC investment in health and had to be involved in all aspects of bringing it to reality. Today, with a solid foundation and ready for significant growth, both Marcus and I are excited to partner with Doug to scale the business.”

Edwards, a proven executive, operator, and investor, brings a great track record of success growing founder-led businesses to their full potential. Prior to Jumpstart, Edwards served as Chief Administration Officer (CAO) at Narus Health, an innovative health services company based in Nashville. Edwards played a key role from the company’s formation through growth and the subsequent sale of the company.

Over the course of his business career, Doug has been a leader with several innovative companies. Most notably, he served for eight years as CAO with Video Gaming Technologies (VGT). This technology business was crowned ‘the fastest-growing company in America’ by Inc. Magazine in 2005. Doug helped VGT’s founder mature and grow the business contributing to the company’s $1.2B exit in 2014.

“I’m thrilled for Doug to lead us in scaling the Jumpstart platform,” said Marcus Whitney. “Doug has an excellent track record of partnering with founders of fast-growing companies to ensure they realize their full potential. The health innovation market is exploding, and with Doug at the helm, we will achieve a new level of operational excellence and be able to better capture our market opportunity.“

Jumpstart has grown quickly since Gatto and Whitney founded the investment business in 2015. Today, Jumpstart’s platform supports 3 early-stage fund families with 132 portfolio companies. In addition to this large volume of activity, the firm has also posted several exits and strong financial returns to its investors.

“Jumpstart sits at the forefront of health innovation at a time when change is needed more than ever,” said Edwards. “Thanks to the vision of Vic and Marcus, and the impressive Jumpstart team they have assembled, no venture company is better positioned in the market to fuel this transformation. I look forward to working with the team to build on the foundation that has been laid, to strengthen Jumpstart for scale, and to capture the disruptive market opportunities before us.”

About Jumpstart Health Investors
Jumpstart Health Investors is a health venture capital firm built specifically to address the needs of early-stage investing. The firm’s unique model conveys advantages enabling unmatched scale in identifying high-potential innovations, funneling them through an evaluation process, partnering with management to increase value, and capitalizing on this work through equity investments.
Learn more at https://www.jumpstarthealth.co/