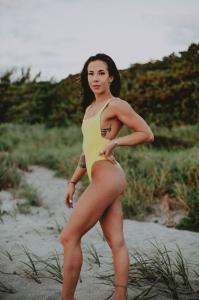 Julianne has just released her new single “Old School”, and can be found on Spotify, Itunes, Youtube, Pandora, iHeartRadio, and more!

Julianne Tanella has always written music and dreamed of being a well-known artist. When asked about her music, she said, “I have finally found the right people, the right sound, the right energy to share my music. I have always written music… but these songs have always lived as small notebook scraps in the bottom of my backpack. I had never taken the time to bring my lyrics to life with music and passion behind them.

You may recognize Julianne Tanella from her appearances on American Idol. However, her musical beginnings are much broader. She’s been a member of various acapella groups. She’s been a theater performer as well, which she says helped her hone her craft.

In January of 2021, she released her first single, Heartgo. The single reflects her former stage name, SNNYRAIN. When the rain is pouring down and the sun peeks out, it creates a beautiful moment. Instead of focusing on the rain, you can feel the warmth of the sun on your wet skin.

Julianne Tanella aims to be a light in the darkness, bringing hope to people when they need it most. Heartgo is a reflection of the struggles of the pandemic, and the hope that remains strong in difficult times.

Some songs just seem to flow naturally, being written very quickly. Heartgo is one of these. Julianne says she wrote in 15 minutes while on her way to the recording studio. 3 recording sessions later the song was complete. Julianne says the song reflects her heart, her pain, and her authentic self.

Islands in the Sun Cover

Recently, she released a cover of Islands In The Sun. It’s an acoustic cover with a folk-pop feel. She changed the guitar melody and added an R&B drum track to make the song unique.

Horizon is out on Spotify and Itunes. It was released in February. The song features a friend of Julianne Tanella, Rolland. It’s a mix of Hip hop and easy listening, creating a unique sound. Horizon speaks about hope with subtly building melodies and rich harmonies.

Julianne Tanella says she has many more songs in the works. She has just released her new single “Old School”, and can be found on Spotify, Itunes, Youtube, Pandora, iHeartRadio, and more! It will be followed by two more singles in the next two months. She doesn’t plan on slowing down anytime soon, with 3 more songs currently in the works.

Julianne Tanella is a Boca Raton, Florida native. She recently received her bachelor’s in biology, despite the struggles brought by the pandemic. She loves going to the local dog beach on the weekends. She spends a significant amount of time working out at Redcon 1 gym.

She brings passion and hopes to everything she does. Fans can’t wait to hear what else she has in store.