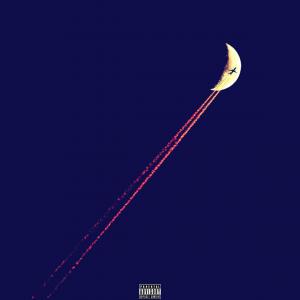 Jsix releases his new EP ‘Crescent’ on October 1, 2021. It features 3 incredible tracks, all co-written and fully produced by Jsix.

NASHVILLE, TENNESSEE, UNITED STATES OF AMERICA, October 1, 2021 /EINPresswire.com/ — Hailing from Houston, Texas, Jsix is an up-and-coming Hip-Hop producer with a penchant for crafting infectious tunes and mind-blowing productions. Jsix’s music journey began at a young age, growing up playing cello until late high school where his burning passion for music spurred him to start making beats, eventually pursuing a professional career as producer and audio engineer. Jsix released his debut EP earlier in 2021, amassing over 40,000 streams on Spotify alone as well as building a loyal fan base with a sound that captures the audience from the start.

Jsix releases his new EP ‘Crescent’ on October 1, 2021. It features 3 tracks, all co-written and produced by Jsix. ‘Crescent’ was inspired when Jsix and Texas rapper One Night connected in Jsix’s Nashville studio. He says, “Crescent is an opportunity for me to push the creative boundaries of the hip-hop industry while promoting high quality music and continuing to show support to the people who came before me”. Jsix’s use of intricate melodies and combining instruments and drums in ways you would never expect envelopes the listener in a space unexperienced before. Jsix is known for his hard-hitting bass, energetic drums, and driving melodies and ‘Crescent’ is the ultimate culmination of all of that.

Though relatively new to the industry, Jsix has already produced music for SpectrumX Entertainment, a record label based in Houston, as well as a track for one of the biggest artists for RadioJavan, Parsalip. Jsix has received over 10 million streams for songs he has produced, showing he can fit in professionally with anyone. With big dreams and plenty of energy to spare, Jsix seeks to positively influence society with his music, and is well on his way to becoming one of the most phenomenal producers of his generation.