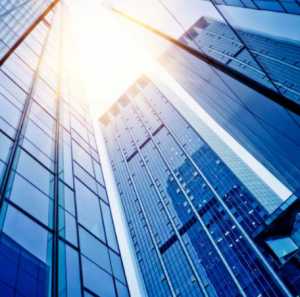 STATEN ISLAND, NEW YORK, UNITED STATES, May 26, 2021 /EINPresswire.com/ — John LoPinto explains how the COVID-19 pandemic has transformed economies around the globe. In fact, 2020 was one of the craziest years for Wall Street in recent history. John LoPinto is a financial expert and owner of a private equity fund. He recently explained why 2020 was called, “a year of extreme extremes,” by chief market strategist Quincy Krosby and countless others in the industry.

The beginning of the historic COVID-19 pandemic created a massive crash. This fall, which was similar to those during the Great Depression and in 1987, was attributed to fears of a halted economy due to the pandemic. These fears were legitimate, as it became difficult for many businesses to survive without foot traffic and with fearful citizens holding onto their savings tighter than ever.

Fortunately, John LoPinto explained that this major decline didn’t last long. The first stimulus package and a large asset purchase program put in place by the Federal Reserve eased some tension felt by traders. Recovery began in the month of April and continued through September. Tech giants, like Amazon, Facebook, and Google, saw major profits due to stay-at-home orders. Apple saw gains higher than 80 percent.

“Restaurants and retail stores saw demand plummet, but tech companies experienced a major spike,” John LoPinto said. “In many ways, this saved Wall Street in mid-2020,” LoPinto added that major cleaning and food companies saw large gains as well. This is attributed to individuals becoming warier of the virus and cooking nearly every meal at home.

The presidential election in November 2020 was expected to send Wall Street into a tailspin yet again. However, many traders were pleasantly surprised as the Dow closed higher than 30,000 points in late November. Vaccine approvals in December signaled even better days to come.

“We’re seeing many of the trends that were created by the pandemic continue now in 2021,” John LoPinto said. “Technology firms are seeing continued growth as many jobs have been permanently transformed into work-from-home positions, and many individuals have become more interested in cloud computing and new technologies.”
Investors remain optimistic about many aspects of the economy, such as entertainment and retail shopping, returning to near-normal status in the remainder of 2021. However, LoPinto warns that now is an important time to remain flexible, because nobody knows exactly what is going to happen next.