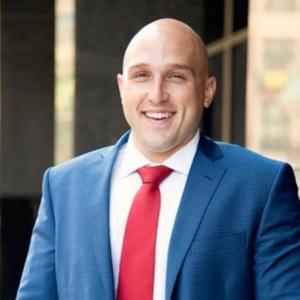 RICHMOND, VA, USA, October 15, 2021 /EINPresswire.com/ — John Castorani, the leading Republican candidate for the U.S. House of Representatives in Virginia’s 7th Congressional district has submitted some incredibly encouraging fundraising numbers for the 3rd quarter of 2021. Castorani’s campaign has released financials that show an impressive $263,812.52 from over 10,600 individual donations.

The recently retired U.S. Special Ops and Intelligence officer who served in combat zones in many global hotspots has zeroed in on national security as a key campaign issue.

Castorani is fast becoming a rising star in his party with his no nonsense, common sense approach and advocacy of such issues as the second amendment and small government.

John Castorani states, “We raised $263,812.52 from 10,600 individual donations, and I thank each and every one of them for their generous support. This only reaffirms my connection to the hard working folks in Virginia’s 7th Congressional district and conservatives around the nation who are exceedingly alarmed with our spending and our security both at home and abroad. I pledge to work hard for the people of the state and the people are making sure I have the resources to beat Democrat incumbent Abigail Spanberger.”

Paid for by Castorani For Virginia