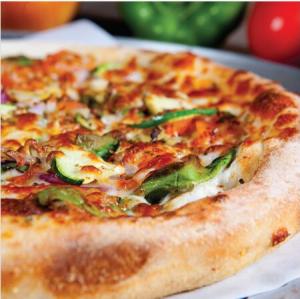 The Tacoma location, which was previously a pizza store that closed during the COVID-19 pandemic, will have a new staff trained to employ a set of safety features. These new methods standard throughout the Jet City Pizza system include enhanced sanitation inside the store and no-contact delivery.

Jet City Pizza has a long history of catering to pizza-eaters with celiac disease and the Gluten-Free community at large. Almost every pizza on Jet City’s menu is available on a gluten-free pizza crust, and they are renowned for quality gluten-free pizza in the Pacific Northwest.

Tacoma and Bothell residents who are curious about employment opportunities are encouraged to visit jetcitypizza.com for more information on how to apply. They can also order online through the Jet City Pizza webpage.

Jet City Pizza Co. opened its first store in the city of Kenmore in early December 1994,with the belief that we could provide great pizza with fast and efficient service.

In January of 1997 a business graduate from the University of Washington liked what he saw. This would be the start of the first Jet City Pizza Co. franchise store. There are currently 6 stores, with several more trade areas in the development phase.

Jet City Pizza Co., Inc. still bases itself on the same values that it had back in 1994, where our motto is “Finally, Gourmet pizza delivered”. We want to provide you with fast, friendly service, and the best pizza you have ever had; all in 30 minutes.

Tacoma is the second-largest city in the Puget Sound area and the third-largest in the state. Tacoma also serves as the center of business activity for the South Sound region, which has a population of about 1 million. It is located on WA’s Puget Sound and is 32 miles southwest of Seattle, 31 miles northeast of Olympia, and 58 miles northwest of Mount Rainier National Park.