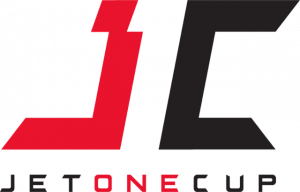 LOS ANGELES, CA, USA, October 19, 2021 /EINPresswire.com/ — Today Jet 1 Cup announced the development of their live action sports game for national and international broadcast. A new one-of-a-kind sport that combines aerial combat with gaming components that will revolutionize events like never seen before. Where contestants engage in aerial skirmishes in the first fighter jet air-to-air combat competition with real jets. This entails 20 competitions, 6 teams, 12 pilots, 12 gamers, over 4 continents, with only one winner.

Jet 1 Cup is a modern gladiatorial worldwide championship where the pilots engage into realistic action driven battles where an individual on the ground controls every laser shot. Competitions offer the heart-pounding thrill of seeing gun-to-gun flights directly above the heads of a cheering crowd. With the combination of real jet pilots and esports gamers the jet with the most points win.

“This is unlike any other modern sport anyone has seen,” said Denis Oliver, CEO and Founder/Creator of Jet 1 Cup. “There are so many incredible sports like Formula 1, NASCAR, MotoGP that have inspired generations. The Jet 1 Cup is opening up a completely new universe shaking these establishments and creating a new generation of fans for years to come.”

The sport will merge the audiences of Formula 1 and esports for a completely new adrenaline-fueled form of entertainment. Merging the two audiences to create one super-audience. Jet 1 Cup will allow a new way to consume a sporting event. Blurring the line between fan and athlete. A fast-moving sport with such precision allows for a Virtual Reality viewing. This puts the spectator right in the center of the action allowing for an experience never seen before in a sporting event.