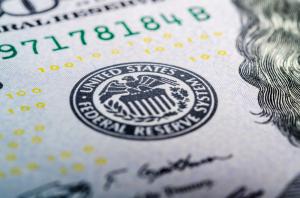 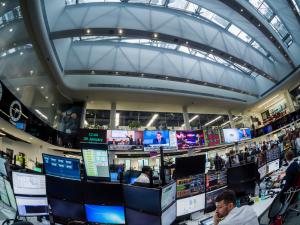 Jerome Powell announced Wednesday that current short term interest rates will remain the same. Investors celebrated, but others are worried about the long run.

“Talking about inflation is one thing, actually having inflation run above 2% is the real thing”.”
— Jerome Powell

NEW YORK CITY, NEW YORK, UNITED STATES, March 18, 2021 /EINPresswire.com/ — Wednesday felt like an eternity for both investors and the stock market as all awaited Jerome Powell’s announcement regarding the Federal Reserve’s interest rate. The stock market had been in a downturn all day awaiting Powell’s news. Worries about inflation, a possible rise in interest rates to curb inflation, and the overall health of the American economy kept investors riddled with anxiety.

Powell stated “talking about inflation is one thing, actually having inflation run above 2% is the real thing”. Powell essentially reiterates to the market that the Federal Reserve’s current approach towards monetary policy will continue so long as inflation does not remain an issue. Other officials from the Federal Reserve speculate that the current policy of keeping interest rates near zero will likely continue into 2023.

Powell’s statements and the demeanor of the Federal Reserve in regards to recent worries and speculation about inflation allowed investors to breathe a sigh of relief, resulting in an end of day market rally. This past Wednesday ultimately offered a positive outlook on the near future, at least from the perspective of Powell and the Federal Reserve.

However, we should keep in mind that the job of the Federal Reserve is to do just that, maintain stability and prevent market or economic meltdowns. Had Powell acknowledged the possibility of inflation exacerbating within the coming months due to increased demand for basic commodities and goods (the CPI), the market would have responded extremely negatively.

Powell is right for not stoking fear in the hearts of Americans, both within and beyond the financial sector. However, there is a possibility that the Federal Reserve and Powell may be downplaying the risk of inflation too much. Powell’s lack of concern or attempt to warn about inflationary risks leaves some economists to consider if the Federal Reserve is being too complacent given the situation.

The reality is, without even a minor increase in the interest rate businesses and consumers will continue to spend. Spending is necessary to help the economy recover, however if the rate of recovery speeds up too quickly, inflation will inevitably rise. Prices will increase for everyday items and the power buyer of consumers will fall. It seems that Powell believes the speed of recovery will not be enough to create a large inflationary force.

But is the Federal Reserve correct in this belief, or do they believe that acknowledging the risk of inflation could result in a worse economic outcome? If the Federal Reserve was to increase interest rates today, economic recovery would be slashed and slowed down entirely. But to indicate that rates will remain at their current level into 2023 seems careless. With job levels (slowly) rising, stimulus checks being received, and businesses becoming fully operational again the economy will see a large boom.

The Federal Reserve seems to hope that economic recovery will remain steady and not swift. But given the different political and economic forces at play, combined with the recovery from a black swan event (COVID-19), the economy could very well explode with activity in the coming months, letting inflation rise much faster than expected.

Written by Nicolas Minardi of Mrkt360.

The Future Reference for the Brazilian National Soybean Market

iZOBi will help to bridge the gap between cryptocurrency and real-world usage through a marketplace for home and other services. KAUNAS, LT, LITHUANIA, April 29, […]