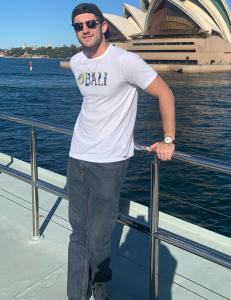 OCALA, FL, USA, October 11, 2021 /EINPresswire.com/ — Jakob Wissel of Ocala, Florida, has worked hard from a young age. Born to Ditmar Wissel, a German immigrant, and his mother, Linda Wissel, Jakob understood early the importance of church, spirituality and service in his life.

Jakob earned his Eagle Scout badge in 2012, and was promoted to Sales Manager at Florida Mobile Glass quickly after joining the company. He has successfully completed his first year of law school, and hopes to one day practice law in the Ocala area.

In his younger years, Jakob Wissel was an active member of the First United Methodist Church.This is where he built a strong foundation of service to his community. He sang in the choir, and received the Head Chorister’s Medal from the parish. He also served as an acolyte during mass, and as the parish crucifer.

Jakob went with the First United Methodist Church on a mission trip to Peru, and a second trip to Costa Rica. This inspired Jakob to become more involved in his community, volunteering at the Salvation Army, at Interfaith, and at Blessed Trinity Elder Care. His early church participation gave Jakob the foundation he needed to live a life of service and spirituality.

As a singer and volunteer, Jakob understands the importance of giving back to the community. He believes strongly in working hard, and building relationships with other people. Jakob knows that getting to know others has helped him become a successful manager at work.

Jakob’s studies are on hold while he is home in Ocala, caring for his mother who has had multiple surgeries recently. His father is elderly and both parents need his help. While he hopes to return to law school in the near future, he understands that family is what is most important to him.

As a member of the United Methodist Church, Jakob’s travel to Costa Rica and Peru gave him a love of traveling. He hopes to one day participate in more mission work as time allows.

While in college, Jakob organized food and toy drives during the holidays, yet another way he has given back to those in need. As an Eagle Scout and member of the United Methodist Church, Jakob expects to have a lifetime of service for those who need help.

Jakob Wissel is committed to making a difference in the world, starting at home with his family. Once his parents no longer need his help, Jakob hopes to return to law school to complete his degree.