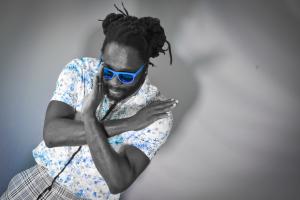 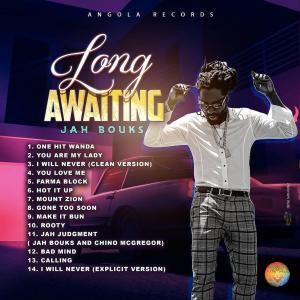 Inspired By Michael Jackson, Jah Bouks’ tribute to those “Gone Too Soon” will be released on Friday, July 2, 2021.

This is my tribute. I should have sung this song 11 years ago; it’s been a bitter drive.”
— Jah Bouks

KINGSTON, JAMAICA, July 1, 2021 /EINPresswire.com/ — Inspired by Michael Jackson’s “Gone Too Soon,” Jamaican reggae recording artist Jah Bouks’ melody envelopes the listener from the first beat of the Nyabinghi drum as he pours out his heart to those who have lost someone. Pinned during the pandemic lockdown and curfews in Jamaica, his deep and soulful voice echoes the pain that many are experiencing right now. Jah Bouks’ homage to those “Gone Too Soon” will be released on Friday, July 2, 2021.

“This is my tribute. I should have sung this song 11 years ago; it’s been a bitter drive,” says Jah Bouks as he recalls how he should have sung Michael Jackson’s “Gone Too Soon” at his sistren’s homegoing service. One can feel the regret as he pours out his soul in reflection.

“Gone Too Soon” is the second video from his recently released album Long Awaiting. Twelve tracks of soulful roots reggae and positive vibrations. Long Awaiting is available for purchase and is streaming on Apple Music and Spotify.

ABOUT JAH BOUKS:
Born Worin Gerol Shaw, in the Winchester community of St. Thomas, Jamaica, Jah Bouks started performing at 12. His stage presence and maturity were evident, even this early on in his career. He was always a crowd favorite. He performed at many community stage shows and jam sessions where he commanded the stage, often outperforming original artists on their own songs. Before too long, he was penning his own music, expressing the plight of the African diaspora people, railing against inequality and injustice, and pleading for worldwide unity and love. Jah Bouks’ work is of a higher calling of consciousness and continues both on and off stage with youth empowerment, juvenile rehabilitation, and community development.

Following a string of singles, Jah Bouks struck gold with his self-penned 2013 mega-hit “Call Angola.” Jah Bouks’ music has taken him into youth empowerment and community renewal. He pairs his roots reggae sound with reggae righteousness and conscious lyrics. In 2020, after watching a world in flames, Jah Bouks decided to pour his meditation and efforts into creating an album, and the genesis of “Long Awaiting” was born. The 12-track album ranges from love songs to social criticism to the need for a spiritual connection with nature and God. The opening track “One Hit Wanda” is an apparent jab at those who considered Jah Bouks just that, a one-hit-wonder. But clearly, Jah Bouks is here to stay.

If you would like more information about Jah Bouks, please call Terri at +1-206-713-3806 or email at mediarelations@terrilundberg.com.