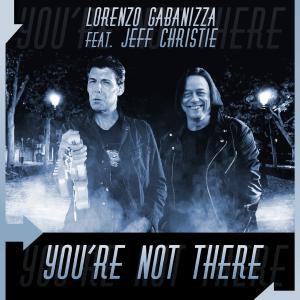 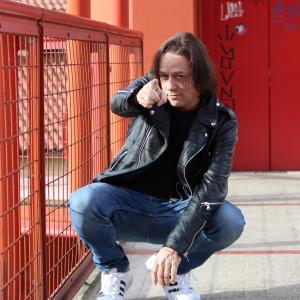 How many regrets mangle our souls?”
— Lorenzo Gabanizza

VERONA, ITALY, September 27, 2021 /EINPresswire.com/ — Since 1991, Italian singer-songwriter, composer and musician, Lorenzo Gabanizza has been building a genre-crossing musical repertoire aimed at challenging listeners’ expectations of popular music. In that time, Lorenzo has amassed more than 200K Spotify streams and 11K monthly listeners, thanks to his chart-topping songs like “Someone Waiting at Their Door,” “Roses In The Sky,” and “All The Words We Never Said.”

Fans of Lorenzo’s music will be excited to learn that he will add to his diverse catalog, releasing “You’re Not There,” on October 22, 2021. A tribute to Lorenzo’s mother, “You’re Not There” features multi-platinum selling vocalist, Jeff Christie and guitar by Top 5 Billboard charting artist, Rusty Wright. It is a story about loss, inspired by Lorenzo’s experience of losing his mother, last year.

Lorenzo’s love of singing began at an early age, and Christie’s music was an integral part of Lorenzo’s childhood as his first discovery of the English language came from the classics like Christie’s “Yellow River” and “San Bernadino.” He would sing them to his mother, who also adored Jeff’s music. When his mother passed away, Lorenzo reached out to Jeff for some closure, through a song that expressed his feelings of grief, regret, and acceptance. When Jeff heard the demo, he jumped on board to sing vocals.

Mixing was done by Peter Hall, and the legendary Greg Calbi did the mastering. Greg Calbi is a 62-time Grammy winner engineer and has worked with an impressive list of artists such as Bob Dylan, George Harrison, and David Bowie. “You’re Not There” is released by MTS Records. A music video has also been shot for early October release.

ABOUT LORENZO GABANIZZA: Lorenzo Gabanizza was a member of various groups, notably a Queen cover band called Mantras, with which he toured Europe. His “Queen project” continued with his band The Slightly Mad. Gabanizza started a fund-raising program to help fight AIDS that was recognized by the Mercury Phoenix Trust, the organization that was founded soon after Freddie Mercury’s death. In 2016, Gabanizza produced and recorded a self-penned album, Celtic Bridge (Italian way music), a concept album that sold well both in Europe and the United States, entering the American download charts top 100. In July of that year, he appeared in front of 12,000 people at the worldwide event, Celtica. During the summer of 2018, he was injured in a terrible traffic accident, and in 2019, he released another single “I am wrong” which reached #69 on the European top 100 indie charts.

ABOUT JEFF CHRISTIE: CHRISTIE rocketed to fame at the dawn of the 70s with their single “Yellow River, “a smash hit that made it into the charts in just about every country in the world. Listeners found the catchy, commercial beat and melody — backed by solid production values and a “jingle jangle” sound that was to become a trademark of many other Christie offerings — an irresistible combination, and bought the single by the millions. The band was to follow up the single with many more songs that were just as melodic and appealing. “San Bernadino” brought forth more success, and has been adopted as that city’s official song. Another hit, “Iron Horse” is as close to pure commercial pop as you can get. Most of the band’s output was written by the group’s leader and lead vocalist, Jeff Christie, who was equally at home writing bright and bouncy, commercial tunes, as he was at dreaming up a lilting ballad, a soulful refrain, or a heavier, more powerful sound.