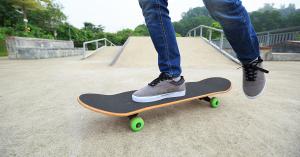 Ride the griptape with a purpose – Jessup’s ULTRA NBD 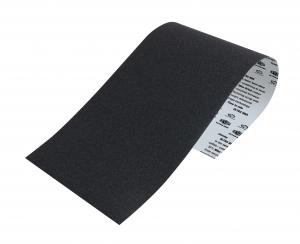 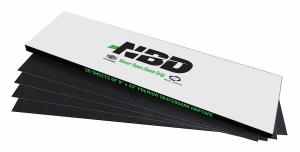 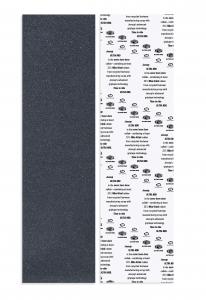 We’re thrilled to bring this product to market…the brands share a common vision for developing technologically forward equipment for athletes and for reusing waste at its highest value.”
— Rob Jessup, president and third-generation owner of Jessup Manufacturing

“We’re thrilled to bring this product to market,” said Rob Jessup, president and third-generation owner of Jessup Manufacturing, adding that the brands share a common vision for developing technologically forward equipment for athletes and for reusing waste at its highest value.

Jessup, which has produced skateboard griptape since the 1970s and is the only griptape manufacturer in the U.S., is the official griptape partner for USA Skateboarding, the governing body responsible for Team USA in the upcoming Olympics, had to rethink the science behind its proprietary griptape manufacturing technology.

“We had engineers, chemists and quality technicians developing, testing and collaborating on this to get just the right mix that would deliver the Jessup ride that our skaters expect,” said Ian Deacon, manager of Jessup’s skate team. “And I believe we got it right.”

Deacon said ULTRA NBD will be available in retail skate shops in limited quantities for the next few weeks, but he expects stores will have full inventory by late June.

Even with ULTRA NBD being made in America, the “limited release” is tied directly to challenges caused by the pandemic. “Like everyone right now, we are working through the issues, Jessup said, adding, “I would encourage skaters to go to their favorite shop and reserve their sheets.”

The name NBD is taken from a common skateboard term used when a skater makes a new trick at a skate spot that has “Never Been Done” there. “It’s a very appropriate name,” said Deacon, “especially when you consider the unique use of recycled Nike Grind content…this is the only griptape of its kind in the world.”

Long known for its unique approach to printing designs on sheets of griptape, Jessup is also introducing a series of four, footwear-inspired Limited-Edition (For digital images, email the contact person listed below). “These are top-quality prints,” Jessup said, adding that these will be available in late June.

ABOUT JESSUP MANUFACTURING
Jessup Manufacturing (www.jessupmfg.com) was founded in 1956. The company is headquartered in McHenry, Illinois with manufacturing plants in Lake Bluff, IL and McHenry. Jessup’s first product was welts for baseball gloves; the company, which manufactures a wide range of anti-slip and safety products that make the world a safer place to work and play, has always had a relationship with sports. And tradition continues as Jessup was chosen as the Official Griptape Partner and sponsor of USA Skateboarding, the governing body responsible for Team USA skateboarders in the upcoming Olympics in Tokyo. In addition, Jessup sponsors more than 200 professional and amateur skaters from around the world, including nine skaters representing eight countries in the Olympics in Tokyo. In addition, Jessup provides a wide range of support to skaters getting started in the sport as well as adaptive skaters for whom skateboarding is as much fun as therapeutic.