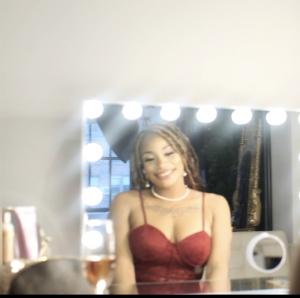 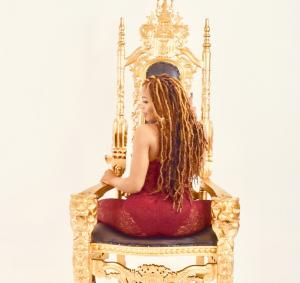 The artist’s story speaks to the many hardships she faced, while never losing sight of the desire to reach her dreams.

Danish is a multitalented music artist and lyricist who holds a master’s degree and experience working as a registered nurse. While Danish is currently set to become one of the biggest names in the music industry, sadly Danish wasn’t always the multifaceted woman that she grew to become.

Danish was the child of harsh realities. Without the love from a mother or father, she became the child frequent to foster care and homeless shelters. This was her view of the world that welcomed her day in and day out. Awaking to a hungry stomach and going to bed all the same was the highlight of her day. While others came from rock bottom, she was living at sewer level, to put things in perspective. But Danish was a child of resilience, and that shone through her actions. At the age of 10, Danish became an employee at a local beauty salon sweeping and mopping the floor for 5 dollars a day.

While Danish would endure more grim days, she was able to find an escape in hip hop.

“The first time my ears came into contact with the likes of LL Cool J’s “I’m Bad,” I knew rap was my calling,” Danish says. “Legends like KRS-One, Eminem, AZ, Nas, Big Pun, Eve, Biggie and Big L, made an impression on me with their lyrical verbiage and flow. I was instantly connected to this type of music and absorbed myself in its warm glow.”

Danish would begin writing herself as a way to cope with the pain of abuse and isolation in her life. At that point it was more therapy than simply music. While others wrote about what was the popular topic, Danish wanted to be more than a replica of artists just chasing clout and fame. At only fourteen, she was writing about life experiences that make or break the average person. Her bars were built on things like the streets, inner turmoil, and relationships. Her honor roll accolade as an English student along with her passion for spoken word and poetry only aided in her ability to craft potent bars.

Danish would wow adults with her lyricism, yet it was some of those closest to her that sparked doubt in her dreams of being a female rapper. Family and friends, even her boyfriend at the time would talk down on her passion, but even through discouragement and physical abuse, she just kept rising. She would save enough to get her own instruments and to pay for studio sessions in the North Bronx. However, when it was closed down, her path to rap stardom came to a halt.

This manifested another inert nature within her, one that cares for others. It was then that she went back to school to pursue nursing. It was a perfect fit for the big heart she had and with it came something amazing, her musical traits were heightened beyond measure. Where she once wrote rhymes, she now simply needed a beat, and the words would flow in the moment of feeling the track. She was becoming an iconic artist with every step she took, developing, and growing.

“I remember juggling nursing with ghostwriting on a number of literary projects, but my calling to be an artist kept eating at my heart,” Danish states. “At that point, I was no longer be able to contain the fire within me and I let it all out in the booth.”

Danish would begin recording and sharing her work and, sure enough, she gained fans and had music executives chasing to get a chance to sign her. Danish, however, knew her worth and continued to raise the bar not selling herself short. Her music was a clear indication of the level of talent she possessed. Flow, energy, cadence, bars, creativity, Danish had it all. Her voice was like a gateway to a new brand of Emcee, one that was in her own lane, one that commanded her audience’s attention. Whether turn up tracks, mellow songs, or compositions that spoke on deep topics like politics, economics, abuse, or the hardships faced by women in the industry, she bodied every track.

Danish went from a child labeled with no future, to attaining a master’s degree, shining internally and externally, becoming a registered nurse, and manifesting her career as a writer and artist. She has trampled on the very trials and obstacles that tried to consume her and arose out of the darkness.

Currently, Danish is climbing to the top and growing her brand and presence in the industry all the same. She recently released a music video for one of her tracks that sampled Nas and AZ’s “Life’s a Bitch” and it has been receiving nothing but positive feedback.

For more information about Danish’s musical catalog, and to follow her career online, please visit https://danishdevise.com or https://untd.iom/putsomerespeck.