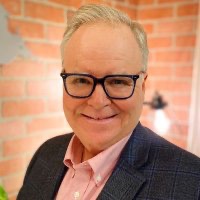 PHOENIX, UNITED STATES, September 20, 2021 /EINPresswire.com/ — A group of holders of the HEX decentralized crypto token, who call themselves “Hexicans,” today announced that they have joined forces in a class action lawsuit against ranking site CoinMarketCap. In Cox v. CoinMarketCap OpCo, LLC et al., filed on September 13 in the United States District Court for the District of Arizona (§ 3:21-CV-08197), the plaintiff Ryan Cox, individually and on behalf of all other similarly situated, alleges that CoinMarketCap, unlawfully suppressed the value of HEX. CoinMarketCap had been an independent entity but was later acquired by Binance Capital Management. The HEX owners allege that its crypto community was unfairly censored and “gatekept” by its competitors. Plaintiffs are represented by George Wentz, Jr., Alexander Kolodin and Christopher Viskovic of The Davillier Law Group, LLC in Phoenix.

CoinMarketCap.com, (CMC) now owned by Binance, was absorbed into one of the largest digital asset companies in the crypto universe, and has “not only illegally suppressed Hex’s ranking but also is engaging in clear, anti-trust violations as a monopolistic enterprise,” according to the complaint. HEX is arguing that CMC is propping up competing coins while suppressing its competitors, including HEX in that pool of digital asset companies.

Effectively, HEX holders see Binance’s purchase of a ranking site as a conflict of interest. An example in traditional financial markets might be if the top three ratings agencies, i.e., Moody’s, Standard & Poor’s, and Fitch, were to buy a controlling interest in companies they themselves ranked, giving their newly purchased companies an unfair and biased advantage. The acquisition is detrimental to the cryptocurrency currency community, given the conflict of interest between the individual missions of CMC, a ranking site, and CMC’s parent company Binance, a cryptocurrency exchange.

“Hexicans filed a ‘Cease and Desist’ order that was received by CMC and Binance,” said spokesperson and HEX investor, Timothy Benjamin. “CMC ignored the court documents, placing HEX in the position of reaching out and petitioning CMC for over a year. Yet CMC still ignored HEX and our investor community. We have had enough. Now it is time to act and escalate the case.”

Benjamin continued, “Experts in the cryptocurrency community, such as Adel de Meyer have warned the crypto community that CMC (under the control of Binance) has the ability to ‘hide cryptocurrency at will,’ leaving CMC’s dominance in the industry open to collusion, corruption and coercion.”

For more information go to https://twitter.com/tbdunamis?s=21

Virtual and Augmented Reality Market Estimated at US$ 1.69 Trn by 2031, Outbreak of Covid-19 Swelled Demand

Virtual and Augmented Reality Market Virtual and augmented reality market is projected to advance at an astonishing CAGR of 38.9% during the forecast period ALBANY, […]

The AIM conference focuses on current best practices and the future of marketing technology and strategy; draws the top industry leaders and supplier partners. HUNTINGTON […]

iListUGo.com a new Ai Search and Review system Steps Out of BETA for Global Retail Market