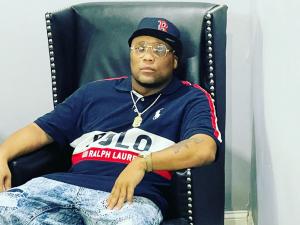 Mastering both Trap and Hip Hop, MrLivingReality’s new track is sure to be one for the ears, stunning listeners with his lyrical and musical prowess.

CHAMPAIGN, ILLINOIS, UNITED STATES, September 3, 2021 /EINPresswire.com/ — Dropping his new single, MrLivingReality is ready to make his presence felt in the world of Hip Hop. Using his experience in both the drill/trap scene, as well as the hip hop scene MrLivingReality’s new track is one that combines both genres in an endeavor to create a fusion that appeals to listeners of both. In his final goal to create timeless music, MrLivingReality has set about to create a mix that will live in the minds of listeners forever.

With his efforts to build a lasting brand, MrLivingReality’s new track puts on display his multitude of talent, as well as his mastery of the production and creation of music as he puts on a show that is sure to amaze all of his listeners for the times to come, making them put the track on repeat for ages as they take in the lyricism, and the production of this genius.

Stream MrLivingReality’s songs on Spotify, Soundcloud, and YouTube, and follow the artist on his socials on Instagram, and Twitter to remain up to date with each new release. For interviews, reviews, and/or collaborations, feel free to reach out via email.

About
Hailing from Champaign, Illinois, MrLivingReality is an up-and-coming artist who has a strong background in drill/trap and Hip-Hop music. Setting off on these fields, the eclectic artist aims to combine the two genres synthetically and seamlessly. With each new release, MrLivingReality hopes to create a bend in between musical styles which allows for them to transcend bounds and create a mix that allows for listeners to come together in a new union.