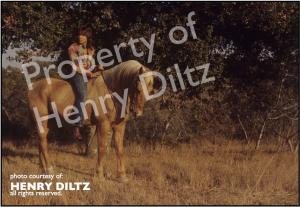 @130 pounds David Cassidy joked that he was too heavy to ride his own horses but he loved watching them train & race. Here with Apollo circa early 70s. David bought his first horse in ’73 & was a longtime breeder. Join us 4 “Now & Then, 0709@7pmEST. 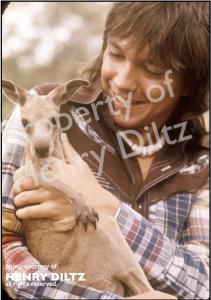 From Friend & Photographer Henry Diltz about the ’74 Australia tour: “[it was a] collection of mad rushes from cars to hotels, hotels to venues, venues back to hotels”. Join us for the 1st WW Online Event: David Cassidy: Then & Now 0709@7pmEST w/Diltz & other friends. 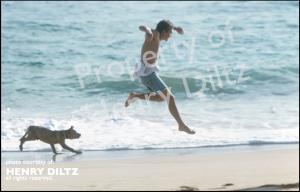 Join us Fri on FACEBOOK: David Cassidy: Then & Now as we raise $ for efforts to “spread love” & care to animals, especially retired racehorses in need of rescue

[David Cassidy’s] love of horses was second to none. By honoring his memory in this way, we are carrying on his genuine love of horses and his desire to see them all have the care they deserve.”
— Gary Contessa, David’s friend, horse trainer.

I Think I Love You Animal Foundation®, Inc., a 501c3 nonprofit organization based in New York formed in memory of the late actor and singer David Cassidy, will hold its first world-wide online event, on FACEBOOK: “David Cassidy: Then & Now” on Friday, July 9th at 7:00pm EST. Primary photographer during both The Partridge Family era and Cassidy’s ’70’s solo career, Henry Diltz of Henry Diltz Photography and Morrison Hotel Gallery, has generously granted the use of rare photos of David Cassidy with animals from his extensive vintage catalog to I Think I Love You Animal Foundation®. Many of the photos (right) were taken during David Cassidy’s domestic and world tours from the ’70s and while he starred on The Partridge Family television series, which aired on ABC from 1970 – 1974 and not made available since the ’70s. The photos will be used for I Think I Love You Animal Foundation® efforts to “spread love” and care to animals, especially retired racehorses in need of rescue, and five of these photos will be signed by Henry Diltz and auctioned only through our IThinkILoveYou.org website. Bidding starts at 7pm EST, ending July 16th, 10pm EST. REMEMBER bidding is only though IThinkILoveYou.org, the official website for ITILY™, the not-for-profit animal foundation.

In addition to owning domestic animals and a beloved parrot named Elmer, David Cassidy was an owner of thoroughbreds and he supported safe retirement programs for racehorses. Gary Contessa, David’s friend and horse trainer, is a co-founder and director of I Think I Love You Animal Foundation®. “His love of horses was second to none,” Gary said. “By honoring his memory in this way, we are carrying on his genuine love of horses and his desire to see them all have the care they deserve, long after their racing career is over”.

*I THINK I LOVE YOU BOARD OF DIRECTOR & ALL MY CHILDREN, EMMY AWARD WINNING DIRECTOR BRINGS HIS TECHNICAL EXPERTISE TO “DAVID CASSIDY: THEN & NOW” July 09th @7pm EST.

The Foundation welcomes new board members in 2021, including Michael Pomarico, former Director of All My Children and 6-time Emmy Award winner. “I have always had the utmost respect for David’s abilities as an actor and his performance on Broadway in “Blood Brothers” was amazing,” Michael said. “His vocals on all his recordings are second to none. David’s credibility as an entertainer is long overdue. It is an honor to be a part of this project and move his legacy forward.”

*DAVID WAS CONCERNED FOR ALL ANIMALS. THE I THINK I LOVE YOU ANIMAL FOUNDATION® AUCTION KEEPS HIS DREAM GOING. WE NOW NEED YOUR HELP. BIDDING STARTS JULY 9th at 7pm EST AND RUNS THROUGH JULY 16th @10pm EST. BIDS ACCEPTED ONLY THROUGH ITHINKILOVEYOU.ORG

I Think I Love You Animal Foundation®, Inc. provides financial support to animals in need of sanctuary or medical attention, especially retired thoroughbred racehorses who require rescue from emergent situations, restoring spirit and dignity and creating new “Happy Trails” for all our animal friends. The Foundation supports this mission by providing financial assistance through grants, awards and scholarships to bona-fide 501c3 charities whose activities promote improved animal welfare and quality of life through rescue operations, adoption placement, disaster relief, equine retirement assistance, and programs of education.

JOIN US JULY 9th, 7pm EST ON FACEBOOK — “DAVID CASSIDY: THEN & NOW” FOR A LOT OF REMINISCING AND SOME TEARS. BID ON ONE-OF-A-KIND ITEMS DONATED BY HIS FRIENDS ALL IN AN EFFORT TO RAISE MONEY TO HELP THE ANIMALS THAT THE SINGER, ACTOR, ENTERTAINER HELD DEAR AND WAS ALWAYS AROUND.

For more information or to make a donation visit our website at IThinkILoveYou.org. I Think I Love You Animal Foundation® is a GUIDESTAR member, Bronze level.