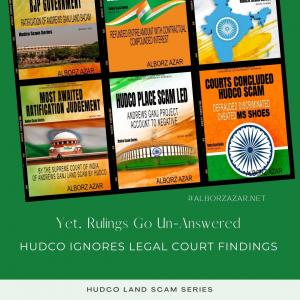 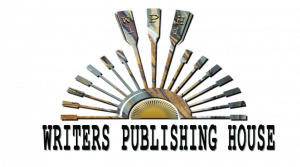 The HUDCO Land Scam Series by Alborz Azar unfolds some intriguing scams over the past two decades that will turn the tables in India’s history.

NEW DELHI, INDIA , September 28, 2021 /EINPresswire.com/ — A media condemned man whose innocence has remained unknown because of the struggles with unfounded accusations portrayed by public news outlets. As public opinion faltered, it led to a guilty sentence before any trial could be scheduled.

The victim behind the scam in this situation was MS Shoes founder Pavan Sachdeva. Behind the lies and deception, a brilliant entrepreneur took the fall for the underhanded dealings of the HUDCO Land Scams.

In the HUDCO Land Scam Series, by Alborz Azar, he reveals the widespread corruption behind the precious Andrews Ganj land in the heart of New Delhi. The same man accused of underhanded dealings fulfilled his debts, but due to these deceptive lies, he has received no compensation for the legally awarded settlement. Alborz proves how Pavan’s commitment not only caused financial stress on his family, but mental anxiety dealing with this issue for over two decades. Yet, rulings go unanswered.

HUDCO ignores legal court findings to repay the ill-gotten monies from MS Shoes. The only response is more excuses as to why the court decisions have not been met by HUDCO.

As the culprits hide in the shadows, Pavan struggled through court case after court case, proving his innocence. Official Supreme Court rulings were seen as frivolous orders to corrupt officers and business executives. Therefore, Alborz brought light on the scam to reveal the truth that has deprived innocent victims of due justice for decades.

The HUDCO Land Scam Series is available on 40,000 plus bookstore outlets in 24 languages.