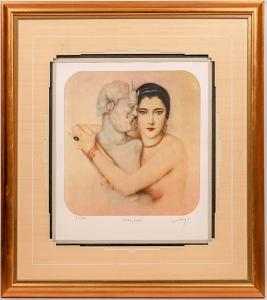 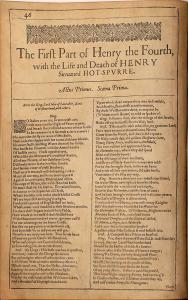 The auction’s undisputed star lot is a super rare William Shakespeare original first folio fragment from The First Part of Henry the Fourth. It could easily sell for $50,000-$100,000 or more. 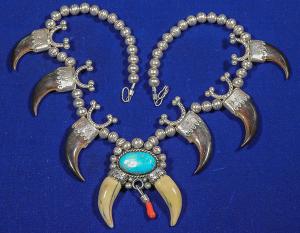 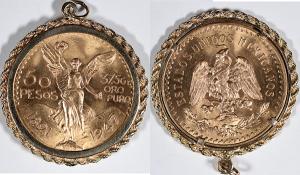 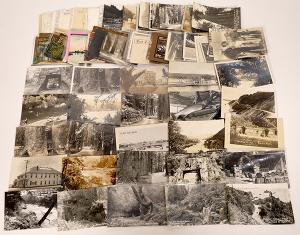 Collection of Humboldt and Del Norte counties (Calif.) postcards, showing the NorCal redwoods scenery along US 101, about 125 pieces (estimate: $300-$600).

Moat of the items will be offered at price points that will appeal to both novices and veteran collectors alike. Several important collections will be sold.

We put together a massive Montana town document collection of nearly 600 different locations. There are document archives from many of Montana’s most famous towns that are being offered in this sale.”
— Fred Holabird

The massive sale will feature several important collections, beginning with the Stuart “Scotty” MacKenzie Montana collection. Stuart was a lawyer, inveterate collector and dealer. He scoured the backroads of northern Montana looking for documents, archives, company files, libraries, correspondence – most anything historical except bottles and tokens
.
“After Stuart’s death, we brought back two 28-foot trucks and a large, tall van full of goods, probably 18-19 tons of collectible material,” said Fred Holabird of Holabird Western Americana Collections. “A local auction was held for some of the items in his store, which had been closed for about ten years.”

Stuart had a strong love of mining items. He acquired major collections in Butte, Virginia City, Pony, Helena and many other towns. “We put together a massive Montana town document collection of over 500 different locations – nearly 600,” Mr. Holabird remarked. “There are document archives from many of Montana’s most famous towns that are being offered in this sale and upcoming sales.”

Another major holding are his fruit labels and other labels, from the 1870s through about 1950 that came from all over America and even Europe. MacKenzie also acquired a major printer’s archive of Victorian wall art, mostly pretty ladies in attire of the times, the kind put up in saloons or used today in interior decorating. There are also postcards, postal history, bird prints and a fantastic Montana library.

In another major collection, Shirley Bovis was a mainstay in Tombstone, Arizona – an avid collector and part-time dealer. She bought longtime Tombstone dealer Joe Soebbing’s adobe in the middle of town and quickly turned part of it into a museum. Her collection of gambling items, saloon, cowboy, Native American – pretty much everything that is and was Tombstone – will be in this and upcoming auctions.

The Ken Prag collection is the gift that keeps on giving. “We picked up another large group of cards and stocks from Ken and by publication time may not have had time to process much, but it’s coming,” Mr. Holabird said. “This sale features a large batch of California postcards, plus more rare autograph stocks including American Express, Wells Fargo, Robert Morris and more.”

Holabird continues to get in great collections of tokens, medals and bullion coins from a wide variety of Western coin dealers and collectors. This sale will feature a great batch of so-called dollars. Also offered will be consignments from three important railroad pass and stock collections, as well as nearly 200 lots of lock keys and lamps, as wells as a huge railroad library.

The mining category will include Western mining photographs, documents and publications, and carbide lamps. Mining stocks will feature a spectacular issued Bodie stock signed by Leland Stanford and a collection of Canadian stocks. Hollywood and Disney autographs and ephemera will feature a big group of autographed pictures and cuts from Hollywood’s biggest stars, plus rare collectibles.

Also up for bid will be Native Americana; jewelry; belt buckles and other cowboy collectibles; bottles and saloon collectibles; rare Western documents and photos; militaria, including Civil War knives; gaming and circus collectibles; art and advertising; and the auction’s star lot: an exceptional and rare William Shakespeare original first folio fragment from The First Part of Henry the Fourth.

Day 1, on Thursday, October 28th, will contain 651 lots of General Americana, led by Alaska and Wyoming collectibles and Part 1 of the MacKenzie Montana collection; bottles, saloon and cigar items; marbles and toys. A featured lot is a signed print of 1920s actress Nita Naldi by the iconic American artist Alberto Vargas (estimate: $3,500-$5,000). Signed prints by Vargas are very rare.

Day 2, Friday, October 29th, will have 632 lots, led by Part II of General Americana, featuring gaming, circus and cowboy collectibles, jewelry, general foreign and books, which will include Montana directories and, of course, the Shakespeare first folio fragment, which could easily sell for $50,000-$100,000. Also being sold will be firearms, military and political memorabilia.

Day 4, Sunday, November 1st, will be just as busy, with 618 lots of mining ephemera and collectibles, stocks and bonds (mining, oil, railroad and miscellaneous, to include autographs, early American and Express), and numismatics (to include ingots, currency, scrip, ephemera, coins, medals, so-called dollars and tokens. Ingots have done especially well in prior auctions.

An expected Day 4 top achiever is a stock certificate signed by Bret Harte from 1863 for the Alta No. 2 Copper Mining Company (Del Norte County, Calif). This important and rare certificate was signed by the American short story writer and poet Bret Harte as secretary best. Harte was best known for his short fiction works featuring miners and gamblers of the California Gold Rush (estimate: $6,000-$10,000).

Day 5, Monday, November 1st, will offer 648 lots of philatelic (postcards, covers and stamps), and bargains and dealer specials, which include general Americana, stocks and bonds, and numismatics. Sold on Day 5 will be a collection of Humboldt and Del Norte (Calif.) counties postcards, showing NorCal redwoods scenery along US 101, 125 pieces (estimate: $300-$600).

Online bidding via iCollector.com, LiveAuctioneers.com, Invaluable.com and Auctionzip.com.
The full catalog can be viewed online now, at www.holabirdamericana.com. For those planning to attend the auction in person, regulations and protocols regarding COVID-19 will be enforced.

Color catalogs are available by calling 1-844-492-2766, or 775-851-1859. Also, anyone owning a collection that might fit into an upcoming Holabird Western Americana Collections auction is encouraged to get in touch. The firm travels extensively throughout the U.S., to see and pick up collections. The company has agents all over America and will travel to inspect most collections.

Holabird Western Americana Collections is always in the hunt for new and major collections to bring to market. It prides itself as being a major source for selling Americana at the best prices obtainable, having sold more than any other similar company in the past decade alone. The firm will have its entire sales database online soon, at no cost – nearly 200,000 lots sold since 2014.

To consign a single piece or a collection, you may call Fred Holabird at 775-851-1859 or 844-492-2766; or, you can send an e-mail to fredholabird@gmail.com. To learn more about Holabird Western Americana Collections and the Autumn Splendor Western Americana Auction planned for October 28th-November 1st, please visit www.holabirdamericana.com. Updates posted often.