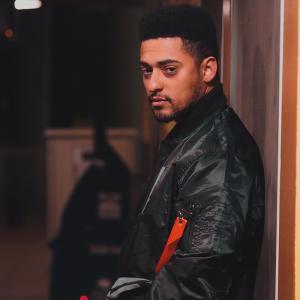 In the colorful clip for “Pronto,” $tovey takes his talents to San Francisco. He addresses the audience from a hill at a meaningful distance from the skyline.

PITTSBURG, CA, USA, September 15, 2021 /EINPresswire.com/ — East of San Francisco and Oakland, beyond Mount Diablo, right on the San Joaquin River, is Pittsburg, CA. It’s very much part of the Bay Area, but it’s sufficiently distinct from its Northern California brethren to have cultivated a personality of its own. Pittsburg is a straightforward and unpretentious place. It’s deeply and proudly Californian, working-class and multi-ethnic, visually striking, and creative without being ostentatious. It’s a town that has generated more than its share of straight-shooting, truth-telling artists — and rapper $tovey is the latest voice to represent Pittsburg on the national stage.

$tovey’s doing it the way that you’d expect a Pittsburg native to do it. His tracks are ferocious, forceful, no-nonsense, stylish but never preening, confident, smart, and tough. $tovey’s singles foreground his talent: they’re packed with quick-witted rhymes dense with wordplay and cultural references and full of distinctive personality. “Pronto,” his latest, is his most fully realized track yet, and not coincidentally, it’s also his most impressive feat of rapping. He begins rhyming almost immediately and keeps it going for two minutes solid, barely pausing for breath — no breaks, no features, and no fear. His appeal is as immediate as the track’s title suggests.

$tovey’s producers have crafted a sound that fits his sensibility. It’s a sound that hints at pop but never gets saccharine — one that incorporates trap sensibilities while leaving plenty of sonic room for $tovey to shoot the works. It’s danceable, shoutable, and just aggressive enough to get the crowd moving. “Pronto” comes on strong and makes an indelible musical and lyrical impression. It leaves you wanting more.

In the colorful clip for “Pronto,” $tovey takes his talents to the streets of San Francisco. Pointedly, he’s not Downtown — he addresses the audience from a hill that’s at a meaningful distance from the skyline. $tovey’s part of the city, but he’s still a representative of a scene and a town with its own distinctive qualities. Nevertheless, $tovey looks absolutely at home (his sharply-dressed crew does, too) and delivers some of his most stinging verses atop a basketball hoop on a city playground. It’s a suitable throne for an MC who leads with his formidable skills: one who can hold his own in a rhyme competition with any rapper and who is always ready to step up and take his shot.