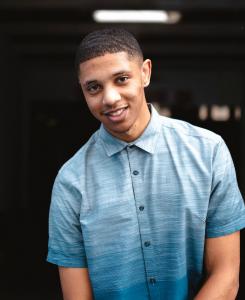 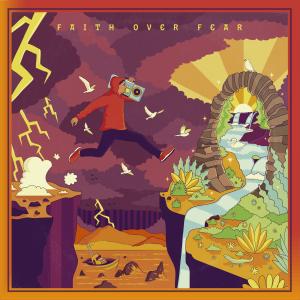 Saint Dre’s “Thinking” has stems rooted deep in devotional and Christian music but with the flare and fire of a great hip-hop track.

NASHVILLE, TN, USA, June 30, 2021 /EINPresswire.com/ — We all have or want something to believe in that’s bigger than ourselves. We want to believe that there’s a higher power that controls everything, from religious beliefs to trusting the vast universe. It gives us peace in difficult times and joy in happy times. That’s something that up-and-coming artist Saint Dre believes in. The Nashville native has become the world’s next greatest Christian singer, completing the ultimate acts of God by sharing His gospel through music. Between his music and his impressive brand, Dre makes sure to keep God at the center of everything he does. Each passing single holds an important lesson of hope and positivity that we can all use a little more of.

“Thinking” is what hip-hop track dreams are made of: it’s upbeat with some of the sickest rhymes you’ll ever hear. The song is jam-packed with dream-like piano chords and the sharp beats of the trap drums. It has stems rooted deep in devotional and Christian music but with the flare and fire of a great hip-hop track. The lyrics play out like a constant reminder for Saint Dre of the confidence he feels and has through his unwavering relationship with his religion. When he raps the words out, it’s never cocky or self-involved; instead, it’s about being reassured about who he is. He uses this song and the other tracks on Faith Over Fear to remind others to be hopeful and to help them feel as peaceful as he does.

The video for “Thinking” is simple in its appearance and makes a mighty impact. It opens up with the beautiful skyline of Nashville in slow sweeping angels. From there, it’s to the city streets where we see Saint Dre laying down his tracks in front of a vibrantly spray-painted wall. Backing him up is an impressive-looking Chevrolet and the city of Nashville itself later on in the video. In between the performance shots, we see a group of dancers standing in front of even more fancy cars as they drop their sickest moves. Each member of the dance crew is decked out in their bright red “Faith Over Fear” hoodies. The video ends with Dre surrounded by the people he loves the most and their beautiful smiling faces.