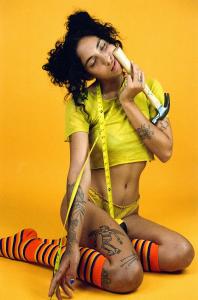 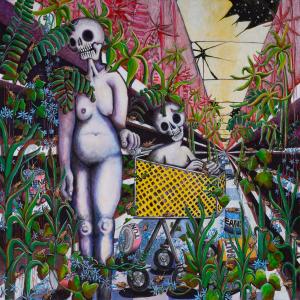 Any Shape You Take arrives on August 27. “Kill Me” is the last track, and as a closing statement, it leaves no doubt about the singer’s feelings of devastation.

ASHEVILLE, NC, USA, July 6, 2021 /EINPresswire.com/ — Some new projects come on strong; others tap you on the shoulder, whisper in your ear, and win you over permanently. I Love My Mom, the 2018 debut by Asheville, North Carolina indie pop singer-songwriter Indigo De Souza, wasn’t an overnight success, and it wasn’t designed to be. But it’s fair to say that everybody who heard these spare, beautiful, and frequently shattering songs never forgot them. Listener by listener, message by message, friend to friend, word spread about De Souza’s music and her particular vision, and guaranteed her the kind of pure and awed respect that no marketing plan could ever generate.

Three years later, there’s genuine anticipation for Indigo De Souza’s soon-to-be-released follow-up project. The dedicated indie-pop fans who couldn’t get enough of I Love My Mom — and there are now thousands of them — are waiting for the next word from the singer-songwriter. Any Shape You Take arrives on August 27, and it promises more anthems, gorgeous pop and rock sounds, more instantly ingratiating vocal performances, and, most of all, more searing candor from the star.

She’s beginning at the end. “Kill Me” is the last track on the album, and as a closing statement, it leaves no doubt about the singer’s feelings of devastation. It’s a note to a lover that doubles as a note to self: an expression of self-erasure, desperation, a will to disappear. She’s matched these uncompromising lines to a melody that twists and drifts like a perfect curl of smoke, and band accompaniment that grows stormier and more intense as the storytelling darkens. Call it a catharsis, or a letter from the void, or a kind of haunting; once you hear it, you won’t be able to get it out of your head.

Jordan Alexander’s strange, dangerous, occasionally brutalizing clip for “Kill Me” fits the song like a knife fits a sheath. His camera finds Indigo De Souza in a room that’s already been upended: broken eggs and cups and magazines and crumpled blankets everywhere, and the star sitting in the middle of the mess, looking placid, alluring, and maybe a bit mischievous, too. It’s a match for an image from the song that implies a mind lost to depression — De Souza tells her lover not to mind the dirty dishes piled up everywhere. Then the singer brings us to a dimly-lit wrestling ring where, to the delight of an action-hungry crowd, the combatants are doing graphic battle with birthday cakes. By the end of the clip, it’s De Souza herself against a triple stacker, embracing her sexuality in a leather harness, squashing the cake under the strobe light until the screen goes black.