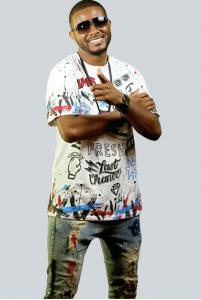 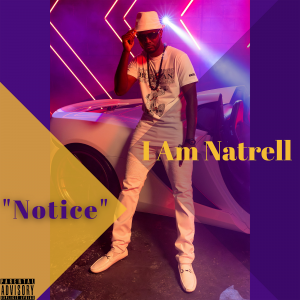 Natrell is self-possessed and commanding throughout, but there are many subtle details in the video that allude to illness and recovery, and uncertainty ahead.

Ask any American — any global citizen, really — about the last eighteen months, and there’s a good chance you’ll hear a story of hardship. What we’ve collectively faced has been unprecedented: a relentless, invisible foe that has ripped through our communities and left ordinary people gasping for air. But as desperate as the times have been, we’ve stayed positive. For the sake of our friends, our neighbors, and our fellow human beings, resolve and tenacity have been mandatory. “Notice,” the new single from Las Vegas hip-hop, soul, and R&B artist I Am Natrell, is a survivor’s tale. But it’s also a statement of courage and indomitability and a refusal to back down from a challenge, no matter how fearsome it might be. I Am Natrell believes in himself — and self-belief is the only way to make it through the day in a time as unforgiving as 2021.

So if “Notice” feels triumphant, there’s a good reason for that. I Am Natrell knows that just being alive is a reason to celebrate, and he’s built a track that makes its joyousness manifest. As his fans know well, Natrell’s production doesn’t sound like anybody else’s — his relationship to the beat is unique, and his ear for sounds is singular. Burbling synthesizer, processed backing vocals and rich harmonies, sound effects that evoke exhalation, and a relentless but never overwhelming kick drum: it’s all perfectly balanced, wholly immersive, and, once heard, hard to forget. I Am Natrell graces the track with a lead vocal performance that’s confident but never arrogant. He doesn’t underestimate his foe. He’s just absolutely determined to swim through the choppy waters, and he’s sure that God’s got him.

The Films By Syn clip for “Notice” isn’t all that different from any other glamorous, stylish, sharp-looking hip-hop video, but there’s an unmistakable twist. The beautiful woman who accompanies I Am Natrell at the beginning of the clip is, upon close inspection, wearing the insignias of a nurse. Natrell is self-possessed and commanding throughout, but there are many subtle details in the video that allude to illness and recovery, infirmity, instability, and uncertainty ahead, including wheelchairs, warning signs, and old television monitors choked with static. But “Notice” is an optimistic song, and its clip is certainly not all serious. For one thing, he’s got an amazing car to show us: a creamy white McLaren, complete with butterfly doors. He raps and sings in front of the automobile as if to suggest that he possesses its qualities — speed, grace, and especially unstoppability.