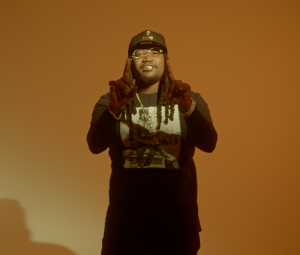 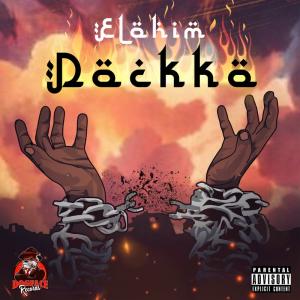 Between the production and the lyrics, Dockko has balanced every element to perfection. This song is about being comfortable in your skin.

WASHINGTON, DC, USA, July 6, 2021 /EINPresswire.com/ — Feeling comfortable in your skin and owning who you are is something that doesn’t come easy to many people. It takes a while to figure out, no matter who you are or what you do. When that feeling finally does happen, it’s a beautiful and freeing thing. Donnell Tucker, aka Dockko, seems to have known that feeling for quite some time. The DMV native has been confident about what he’s wanted to do since he was just ten years old, and that was music. His childhood home with his grandparents was always bursting with music from his younger brother, who was already on his own musical journey. The two would constantly test each other and their music which ultimately made them better musicians. If there’s one thing to know about Dockko, it’s that he’s no stranger to hard work. Everything he does, whether it’s playing guitar or producing music, has been self-taught. He’s constantly crafting and perfecting his sound, and it sure has paid off.

“Chocolate Baby” is a hip-hop track that’s the ultimate ear candy with catchy beats and silky-smooth vocals. Between the production and the lyrics, Dockko has balanced every single element to perfection. This song is also all about being comfortable in your skin and owning all that you are. Dockko is unapologetically himself, and he’s not afraid of celebrating it. He’s building his legacy, and this song is a massive step in the right direction. If this track wasn’t impressive enough, Dockko is known for recording his music in one session, which puts him in a league all his own.

The video for “Chocolate Baby” is the perfect visual for this song. The execution for this video is as simple as they come but in the best possible way. This video starts with a beautiful woman in front of a rich brown background as she smiles at the camera. Throughout the video, we see other beautiful women dancing to the song in front of the same color-changing background. In between the dance shots, we watch as Dockko performs the song at eye level with the camera. The video comes to an end with a mother-to-be with her exposed stomach and looking radiant. It’s a fun and simple video, and we’re obsessed with it.