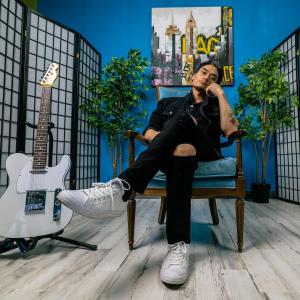 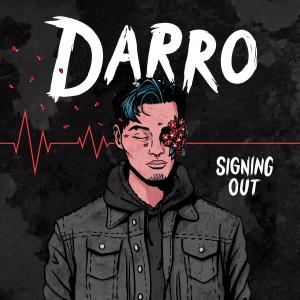 One minute, he’s howling into a microphone, and the next, he’s in the hands of the doctors, preparing for an emergency procedure.

NEW YORK, NY, USA, June 8, 2021 /EINPresswire.com/ — Anyone who has ever faced a major health crisis knows the terrifying feeling of events spiraling out of control. Trips to the doctor are supposed to alleviate those feelings — but very often, it’s in the halls of the hospital where the fear accelerates most ferociously. Pop-punk singer-songwriter Darro has written about his own health challenges: the brain tumor he had at a shockingly young age, the emergency surgery, the worries that he’d never be the same. But he has now fully recovered. He’s motivated to write and sing about the sort of life-changing experiences that nobody wants to have but that all too many of us do.

When he does, he does it with the sort of conviction that can’t be faked. Funny, easy-going, and entertaining he remains, but he’s had a good, long look into the abyss, and he’s reporting back with eloquence, good humor, and a generous amount of specificity. “Signing Out,” his latest single, is as accurate a description of the pre-surgical horror as you’re ever going to find in any medium — in it, Darro wonders if he’s facing his final moments. It’s impossible not to sympathize with him, and it’s also tough not to admire his courage as he stares down his fears. On “Signing Out,” he matches the urgency and drive of pop-punk to his own predicament and finds a kind of frantic strength in the kinetic energy of his chosen style. Once again, he’s given us an irresistible chorus, a memorable six-string riff, and a performance summoned from the deepest part of his psyche.

“Signing Out” builds on the success of Songs Of Recovery, a brave full-length set that, in unsparing language and brilliant melody, chronicled the songwriter’s journey back to health. Darro worked with filmmaker Mike Monto for the half-playful, half-terrifying, altogether memorable clip for “You’re Not Insane,” the single from that set. Monto is back, this time with filmmaker Andrew Froening, for the “Signing Out” video, and once again, he’s captured the instability of Darro’s experience — that feeling that the rug could be pulled out from under him at any second. One minute, he’s howling into a microphone, and the next, he’s in the hands of the doctors, preparing for an emergency procedure. The look on his face as he rides the gurney is a pure expression of his terror; the fierceness with which he fronts his band is a testament to his unquenchable flame.

Allen University heads to space with The Boeing Company