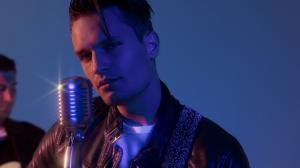 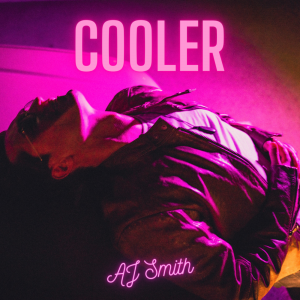 The clip for “Cooler” gives us both versions of AJ Smith: the butter-smooth rocker and the awkward, nerdy sweetheart.

But pop-rock singer-songwriter AJ Smith doesn’t always follow those rules — or any others, either. It’s not that Smith can’t play it cool when he wants to. It’s that his natural disposition is as warm as a plate of freshly baked muffins. AJ Smith isn’t much for disguising his emotions: he’s going to let his feelings show, and he’s going to greet his listeners with open arms. On “Cooler,” his latest single, he promises a girlfriend that if she gives him a second chance, he’s going to calm the jitters and be smoother than he did on his first try. The open secret is that he doesn’t need the leather jacket and badass attitude. He’s endearing enough to win hearts no matter what he’s wearing.

“Cooler” is the latest in a line of irresistible singles from the New York, NY singer-songwriter. Each one has added more depth and dimension to his personality and revealed more of the artist’s background and understanding of musical traditions. AJ Smith isn’t ostentatious about his classical training, but it’s there in the way he structures melodies, and his unique approach to arrangement, and his knack for generating narrative drama within the context of the three-minute pop song. When he dedicated a prior single to “Billy Joel,” he made his aesthetic and his allegiances clear: he’s a believer in the classic hook, the perfect tune, the gorgeous singalong chorus, and the song you can’t get out of your head.

The clip for “Cooler” gives us both versions of AJ Smith: the butter-smooth rocker in absolute command of his band and the awkward, nerdy sweetheart whose insecurity gets in the way of his amorous intentions. The camera catches him in a context where the cool always feel at home — a drive-in movie theater. Is it a scene from the late 1950s, or is it just a contemporary throwback? It hardly matters, since the video dramatizes something eternal. He’s determined to put the moves on his date (played, in a heartwarming touch, by Smith’s real-life fiancée), but he doesn’t know where to start. It helps that the suave version of AJ Smith is starring on the big screen, giving his nervous counterpart the confidence to close the deal.