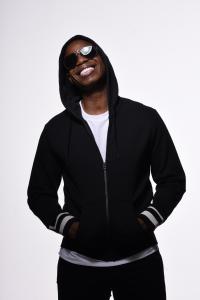 ‘Oh, My God!,’ ‘The World’s Greatest Entertainer,’ and ‘Play’ available now on streaming services with bonus tracks, in partnership with Beatroot

I appreciate all of the support, and I’m happy to be able to make all of my music – old and new – available everywhere, thanks to my new partnership with Beatroot.”
— Doug E. Fresh

ATLANTA, GA, UNITED STATES, October 15, 2021 /EINPresswire.com/ — Hip-hop icon Doug E. Fresh is making his first three classic albums, “Oh, My God!,” “The World’s Greatest Entertainer,” and “Play,” available to streaming services for the first time ever, in partnership with Beatroot, a leading independent music distributor and part of the Made in Memphis Entertainment (MIME) family of companies. Most recently, via Beatroot, Fresh delivered his first album since 1995, “This One’s for Chuck Brown,” a salute to the godfather of Go-Go Music, recorded live in Washington, DC.

Fresh’s fans will finally have access to his quintessential catalog in a digital format and will also be treated to never-before-heard content. Three notable bonus tracks will be included with his first album, “Oh, My God!” – most excitingly, a new, live version of “La Di Da Di,” performed in 1984 with Slick Rick, recorded more than a year before the original album version was released. To date, “La Di Da Di” is one of the top five most sampled songs of all time – not just in hip-hop, but across all music genres. It was originally released in 1985 as the B-side to “The Show,” another definitive hip-hop treasure which achieved massive commercial success and will now be available in its original 12” version.

Fresh’s second album, “The World’s Greatest Entertainer,” will now feature the song “Summertime,” previously only released as a single. The video for this track includes cameos from a then-unknown Jennifer Lopez and Sean “Diddy” Combs. His third album, “Play,” will include two previously unreleased songs, “Rock Your Body Body” and “JD Walker,” as well as two newly remixed versions of his street anthem “I-Ight.”

Fresh and his original DJ and co-founding member of the Get Fresh Crew, Barry B, personally remastered and remixed all three of the classic albums now offered, and over the next several months, Fresh and Beatroot will unveil several previously unavailable 12” mixes, including “Let Me Clear My Throat,” featuring DJ Kool and the recently departed Biz Markie.

Doug E. Fresh is globally heralded as the Original Human Beatbox. His career has spanned multiple decades, amassed countless awards, yielded thousands of sample uses from artists like Beyoncé, LL Cool J, Will Smith, Snoop Dogg, and Mariah Carey, prompting his peers to dub him “The World’s Greatest Entertainer.” For more than 20 straight years, he has averaged 200 mesmerizing live performances per year – a rare feat for an artist of any age.

“We couldn’t be happier to welcome Doug E. Fresh into the Beatroot and MIME families,” said Tony D. Alexander, President and Managing Director of Made in Memphis Entertainment (MIME). “Doug’s music, both the timeless classics and his new releases, deserve to be heard around the world. We are excited to bring these albums and mixes to streaming for the first time, where they can be introduced to a whole new generation. We look forward to being a part of the continuing career of one of the greatest hip-hop artists of all time.”

“I appreciate all of the support, and I’m happy to be able to make all of my music – old and new – available everywhere, thanks to my new partnership with Beatroot,” added Doug E. Fresh. “This is an exciting new chapter in my career, and I’m looking forward to all that is to come.”

In addition to Beatroot’s top-of-the-line music distribution services, clients may also benefit from synergies with its fellow MIME-owned companies 4U Recording, a state-of-the-art recording studio brand with locations in Memphis and Atlanta; Heavy Hitters Music, a film, TV, and ad sync company with an all-female creative team and Emmy-winning music catalog; and MIME Publishing, an independent music publisher representing some of the best up-and-coming artists, writers, and producers in hip-hop.

About Made in Memphis Entertainment (MIME)
Made in Memphis Entertainment (MIME) is a Black-owned full-service entertainment group with global reach, but with its heart in the hometown of modern American music. Founded in 2015 by original Stax Records songwriter/producer and Songwriters Hall of Fame inductee David Porter (CEO) and 20+ year business and legal veteran Tony D. Alexander (President and Managing Director), MIME is dedicated to re-establishing Memphis as a key music industry hub while expanding its influence around the world, all while developing and promoting diverse talent on both the creative and business sides of the industry.

MIME’s family of companies includes MIME Publishing, an independent music publishing company that handles Porter’s legendary post-Stax songwriting catalog and other copyrights of some of the most sought-after young producers in hip-hop and R&B; Heavy Hitters Music, a film, TV, and ad sync company with an all-female creative team and Emmy-winning music catalog; Beatroot Music, a leading independent music distributor, as well as its subsidiary Beatroot Africa; and 4U Recording, a state-of-the-art recording studio brand with locations in Memphis and Atlanta.