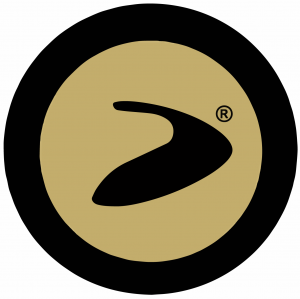 The move creates a less complex and more equitable solution for companies and individuals who require music licensing for creative work.

Founded in 2007, HILIFE MUSIC GROUP has been providing all aspects of music and audio services for artists and companies alike, including music and audio production, mixing, mastering, remixing, audio design, sound effects for TV, film, radio, and games. The company also offers other goods and services, ranging from events and promotions to publishing management and designer clothing.

HILIFE MUSIC GROUP’s most recent move to provide direct licensing comes following feedback from a number of different sources which, up until recently, labelled music licensing, and the process in which to get permission to use a song or an instrumental track in the creative works, difficult and complex.
Until now, this traditional process sometimes involved complicated negotiation between multiple copyright holders – potentially including the label, songwriters, the artists, and the publisher. With each one of these departments characteristically being on a different page, and for the most part having different agendas, negotiations break down if even one party objects. This results in the track not being licensed, regardless of how much time and effort has been put into the negotiation, and furthermore ends up being extremely expensive.

CEO of The HILIFE GROUP mentions, however, that now through HI5FIVE MUSIC’S Direct Licensing, that licensing has never been easier – not only for companies that have traditionally licensed music, but additionally for all individuals that require music licensing for their creative works.

With HILIFE MUSIC Direct Licensing, companies and individuals are able to play the track, choose the licensing option and pay, within minutes, all in one place.

“The music industry is always changing, and it is very important that companies adapt and change with the times,” says the CEO of the company. “Not only do businesses and corporations require licensing for their artists or products, but now even the regular everyday person that produces YouTube videos. This is a beneficial solution for everyone.”

According to the CEO, creative projects typically work on a tight budget and, therefore, every expense has to be looked at. The new HILIFE MUSIC process and Direct licensing platform not only makes licensing easy but additionally allows the client to license exclusively or non-exclusively, over a longer or shorter period of time, which in turn opens up the price range and provides options allowing for a range of budgets across the board.

The HILIFE DIRECT LICENSING platform has effectively opened up the market to everyone, from the large organizations to the individual small budget project – allowing purchase options that would not ordinarily have been available.

HILIFE MUSIC was founded by Chairman and CEO, Adrian Fife, as a recording studio. The company quickly developed to include music and audio production, sound design and audio mastering, and worked with a number of artists to become a full record company.

HILIFE GROUP has been part of various music and fashion shows, sporting events, music and game awards, and has worked with numerous established and unknown artists, organizations, businesses, and charities that support deprive youth.

“Demand generation” and “content marketing” remain strong areas of interest for brands, as measured by Bombora Company Surge(R) For the first time this year, intent […]