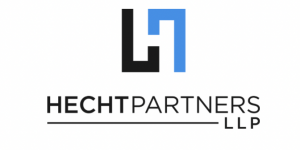 Super Lawyers uses a patented selection process that examines 12 indicators of success. All candidates are nominated annually by their peers on a state-by-state basis.”
— Super Lawyers

Mr. Hecht and Ms. Feldman were selected for these honors based on their professional accomplishments and academic credentials, as well as pro bono and community service. Super Lawyers uses a patented selection process that examines 12 indicators of success. All candidates are nominated annually by their peers on a state-by-state basis. No more than five percent of attorneys in any given state are selected to Super Lawyers.

Founding partner David L. Hecht has been selected to Super Lawyers and its Rising Stars list for the seventh consecutive year. He manages the firm’s intellectual property group, which represents clients in matters before district courts throughout the United States. David, a registered patent attorney, represents individuals, companies, and nationwide classes in high-stakes commercial disputes. Earlier this year, David led the team that twice defeated Apple in the Southern District of Florida (first, on summary judgment with respect to all of Apple’s copyright claims, and then again when Apple withdrew its remaining claims days before trial).

David was also ranked as one of the world’s leading patent practitioners in the 2020 and 2021 editions of IAM Patent 1000. His clients, interviewed for that publication, described that he “has a brilliant legal mind and a passion for the law along with free-flowing writing skills.” “He gives personal attention to his clients and their cases, is extremely patient, excellent at communication and brilliant on strategy.”

David is a trained electrical and computer engineer and registered patent attorney. He is also a Certified Information Privacy Professional (CIPP/US). David is a graduate of Fordham University School of Law. He also attended Rutgers University, where he earned a Bachelor of Science degree in Electrical and Computer Engineering, with honors, and a Master of Business Administration (M.B.A.).

Shira Lauren Feldman is a partner at Hecht Partners and has been a Super Lawyers Rising Star since 2019. She represents plaintiffs in individual and class action litigation and international arbitration. Her cases cover a broad array of topics but emphasize a concern with social justice. Shira is part of the co-lead counsel team representing a class of refugees of the genocide in Sudan who are suing a multinational bank for financing the Government of Sudan. She successfully argued the opposition to the bank’s motion to dismiss, which was denied in early 2021.