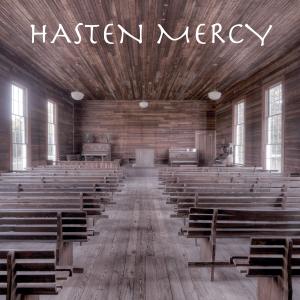 LOS ANGELES, CA, UNITED STATES, September 24, 2021 /EINPresswire.com/ — Michael’s latest project, “Hasten Mercy,” is available on major platforms. Using retro synths and modern tools, “Hasten Mercy” is the newest project from Head Fake member Michael Baker. Created around the question of whether it is possible to refocus his musical energy after years of pursuing a path more traveled, the EP is sure to enamor and inspire listeners.

“Hasten Mercy” is available on major platforms and can also be streamed here.

About Head Fake’s Michael Baker
Married and uncertain of his future, a young Toronto native, Michael ignored the advice of his musical mentors and headed off to law school, eventually landing in New York City. With a young family and 18-hour workdays, music found its way into his home by singing his young daughters to sleep and exposing them to various genres and styles. Oozing originality, “Hasten Mercy” is destined to create waves by highlighting influences of the ’80s such as The Smiths and Stone Roses without changing the essence of his origin.