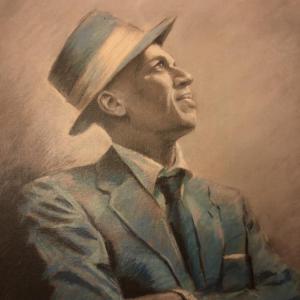 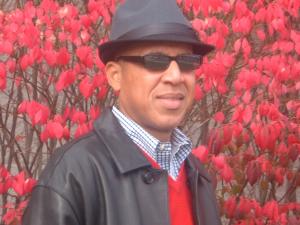 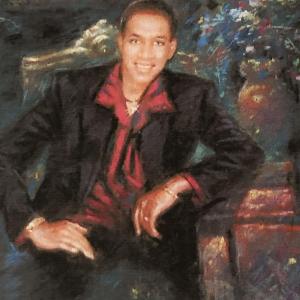 Harrmoniizzing Sound and Vibration Since The Year 2000 !!!”
— Company Motto

NEW YORK, NEW YORK, UNITED STATES, July 9, 2021 /EINPresswire.com/ — HarrMonika Musik was present in NYC for all of 2020, at the height of the Pandemic and believes that it was the responsibility of artists to capture in words music and images some of what that felt like. His thoughts turning to the virus social distancing romance and family along with the 2020 elections The Black Lives Movement and social unrest. “While it is of course ‘my perspective’ I’m proud of the work and simultaneously deeply affected and saddened by all the sickness loss separation and social unrest that took place all over the country during 2020 and into 2021.”

‘Covid-19 No Tomorrow’ and ‘I Miss Holding Your Hands’ (lyric by Lark Lewis) along with a Covid-19 Video are HarrMonika’s first releases since 2015 when he released ‘The Twilight Of Spoken Words’ a spoken word and musical tribute to his friend mentor and collaborator (‘Is That Jazz’) the late Grammy Lifetime Achievement Award Winner and recent Rock & Roll Hall Of Fame Inductee singer poet musician Gil Scott Heron (1949-2011). All of the releases are available on Apple Music and many other digital platforms. (find links below to listen or view)

Previously known as Glenn ‘Astro’ Turner(legal name/nickname) while he toured with GSH and Motown’s Dynamic Superiors (’Shoe Shoe Shine’) featuring ‘Sweet’ Toni Washington the openly gay lead singer a very courageous person on the forefront of the LBGTQ movement. He changed his name to HarrMonika Musik based on his love of the harmonica and and as a response to the question that it seems is always asked-what kind of music do you play??? The answer-HarrMonika Musik !!! HarrMonika started his own indie label HarrMonika Musik and since the year 2000 has released several studio collections. Speaking of previously released music HarrMonika is also in the process of remastering all of his previously released music to take advantage of all the advances in digital technology and will be simultaneously be releasing new music over the course of the next year. HarrMonika can be heard on several of GSH biggest hits to include ‘Storm Music’ ‘B-Movie’ and ‘Is That Jazz’ (co-writer)

HarrMonika posesses a rare combination of a musical skill set with a technical skill set. “I could not afford to record in commercial studios nor I could I afford to pay pro musician fees and so I realized early on that I would have to learn both sides of the studio to include the basics of musicianship; rythym melody intonation harmony percussion and the technical aspects of recording in a digital environment. I learned a lot taking tutorials from literally teenagers and industry professionals on youtube and educational materials offered by the top musical instruments and software manufactuers .”
Apple’s Logic Pro and Garageband virtually changed HarrMonika’s life and career offering everything from Steinway pianos to a full array of Fender
Guitars and virtually every orchestra instrument and sound in between. HarrMonika Musik Has Been Traveling Through Sound and Vibration Since
The Year 2000

“Our greatest hope is that you find enjoyment enlightenment and peace.”