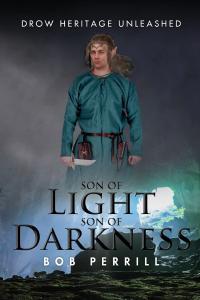 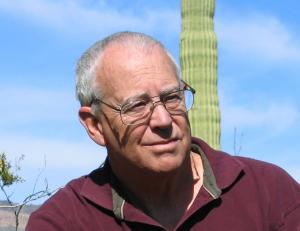 TUCSON , ARIZONA, UNITED STATES, September 10, 2021 /EINPresswire.com/ — A devastating drow raid destroys a small elven village, except for one young maiden. This single event creates an ever spreading web that involves the maiden, her son and his father a century later. Her son discovers that he is half-elf and half-drow and is compelled to uncover the truth of his heritage. Thus begins “Son of Light, Son of Darkness: Drow Heritage Unleashed,” a riveting tale of adventure and self discovery by Bob Perrill.

Connate, a peaceful healer, is shaken by the revelation that he is half-drow. Yet he must find out the whole truth of his identity, even if it means delving into the Underdark, the hollow world, rife with dangers, deep beneath the surface. He travels with his father, Dradamus, to the subterranean drow stronghold of Ribbonstone. Warm sunshine and fresh air are replaced with the cold, dark labyrinth of narrow crevasses and vast caverns teeming with unseen horrors.

Here he must abandon the values he held all his life back on the surface and learn to survive amidst such bleak, lifeless confines. He has hated the drow his entire life and cannot fathom reconciling with the fact that it is part of his blood. His past life as a peaceful healer clashes at a moral and ethical level with the brutal necessities of the Underdark. Yet he learns the drow language, the ways of their world, and the skills needed to prevail in such a harsh uncompromising reality. Only when he has learned enough will he be ready for the challenges that lie within Ribbonstone itself – and there he will find the truth and be changed forever.

With his tale, Perrill takes a character that began in a popular roleplaying game and brings him to life, fleshing our his origins and exploits. Readers will find themselves immersed in the fantastic world with all of its wonders and horrors, joining the hero on his odyssey for the truth.

About the Author
Bob Perrill has a bachelor’s degree in biology and spent four years in the air force and two summers at Rocky Mountain National Park. He moved to Tucson, worked at the Arizona-Sonora Desert Museum for fifteen years as the Assistant Curator of Plants, and was a field biologist for ten years surveying for rare and endangered flora and fauna across the southwestern United States. He retired from the University of Arizona after eighteen years. Currently he is a volunteer naturalist at Saguaro National Park West. He is also a nature photographer, has written non-fiction articles and contributed to many scientific publications, He lives with his wife on two acres of Sonoran Desert habitat.