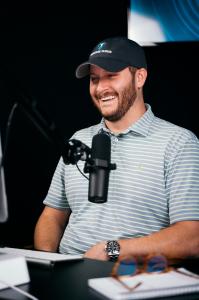 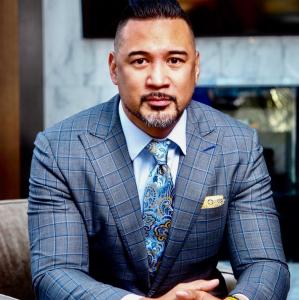 Both Marines, Justin Brock and Matt Sapaula have similar stories of rise in the Financial Services industry.

Marines are more worried about character than color. This trait makes them uniquely qualified to serve in our evolving industry.”
— Matt Sapaula

DALLAS, TX, DALLAS, October 3, 2021 /EINPresswire.com/ — Chief Distribution officer of PHP Agency, Matt Sapaula aka Money Smart Guy, agreed to be interviewed by Justin Brock (The Medicare Guru) for the Gurunomics podcast. Both Financial Services professionals are Marines that served in similar capacities on the Aviation side with Money Smart Guy being a CH-46 Crew Chief and Justin Brock being a UC-12 Crew Chief/Aviation Operations Specialist.

Matt Sapaula has had an impressive rise as a Financial Services personality appearing on tons of mainstream media outlets as an expert on Financial subject matter. In the last few years he has developed an impressive following on Social Media, primarily Instagram and Youtube, by providing educational content aimed at pulling the Middle Class out of dangerous set in stone financial habits.

Justin Brock was honorably discharged from the Marine Corps in February 2014 and came back to help people with their Medicare Supplement prices like his Father had done. After a short time in the industry, Justin realized that there was a massive need for full blown Medicare Educational Resource centers in metropolitan and smaller communities around the country. He acknowledged that the power of social media could be used to effect change in the Agent Community as well as the consumer community and has developed an impressive brand as the Medicare Guru helping agencies and consumers alike with Medicare Supplements, Medicare Advantage and Part D Prescription Drug Plans.

The interview went extremely well as both parties agree on many things including the idea that more Veterans should consider careers in the Financial Services industry.

Justin runs several businesses, but the relevant ones to this interview are Guru Marketing which helps Medicare or Senior Market focused businesses run their marketing and consults them on how to scale their distribution just like Justin has in his other business, Safe Harbor Insurance Inc DBA Bobby Brock Insurance. Justin runs a Facebook community with almost 8,000 Senior Market agents in it called Medicare Gurus.

PHP Agency is a company founded by Patrick Bet David that focuses on Life Insurance and Financial Services. Matt Sapaula is one of the pivotal leaders within this organization and was recently named the Chief Distribution Officer when PBD relocated from Texas to Florida.