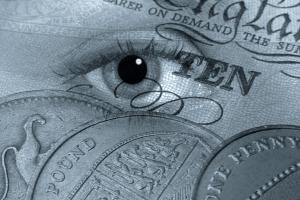 The money has been earmarked to overhaul Britain’s creaking social care system and tackle the COVID backlogs in the NHS.

It is long past time that politicians had the guts to deal with this. After all, which of us in all good conscience would carry on forcing people to shoulder the burden ”
— The Workers Union

In a package of measures revealed on Tuesday, Boris Johnson said that his administration would launch the new tax increase from next April. The money has been earmarked to overhaul Britain’s creaking social care system and tackle the COVID backlogs in the NHS.

MPs are set to vote on the measure on Wednesday night, and while Mr Johnson seems likely to win, his plan has not been welcomed in all quarters.

Some business leaders have expressed concern that the tax increase will affect Britain’s recovery from the COVID shockwave. Meanwhile opposition MPs have attacked the Conservatives over the strain that an additional tax will place on those on lower incomes.

In response, Mr Johnson said that ‘The plan deals – after decades – with catastrophic costs faced by millions of people, the risks that they face, the threat they could face the loss of their homes, their possessions, their ability to pass on anything to their children’.

The key proposal in the government’s plan will see care costs capped at £86,000 from October 2023. From this point on, the local area authority will pay for the costs of ongoing care for the rest of the individual’s life time.

From next April, the tax will be paid by employers and employees. From 2023, it will become a separate tax on earned income, with a separate named entry recording the deductions on employee payslips. The tax will be levied on all working adults, including people of pensionable age who are still working.

The Workers Union on the New Tax

In the last year, this organisation has frequently talked of the need to make tough decisions about the future of health and social care in this country. We have regularly shone a light on the struggles of workers in this most crucial of sectors and urged our country to come together in a spirit of common decency to tackle these problems.

So let’s be clear about this: There is no easy way to recover from COVID and solve the complications bequeathed to us by a legacy of inaction and prevarication. It is long past time that politicians had the guts to deal with this. After all, which of us in all good conscience would carry on forcing people to shoulder the burden of their social care costs in old age?

We appreciate that making any tax rise is unpopular. We appreciate that some will hurl charges of hypocrisy for breaking a manifesto pledge. However, if politicians are to change their minds, let it be to deal with something important that has an effect on all of us. We cannot escape ageing anymore than we can escape the simple fact of our own mortality. People should not be punished for the inevitable by being forced sell off assets to meet the costs of social care.

In offering a solution, the government has acknowledged this and begun the process of delivering practical steps to try and alleviate the burden on pensioners and their families. That said, their policy cannot and must not be considered a definitive answer. The poorest families will be the hardest hit by this, and the government must look at ways to ease their burden through different modes of taxation for those with more to give. They must look again at the number of vacancies in the health and social care sector and devise a workable plan to address staff shortages. They must ensure that not all of this money is swallowed up supporting the NHS, leaving social care with only the loose change in the pot. They must increase payments for the forgotten legions of personal carers that look after their loved ones on a daily basis.

Without addressing these issues, the tax increase may come to be seen as a revenue stream that supports the status quo, rather one that helps to deliver a new tomorrow.