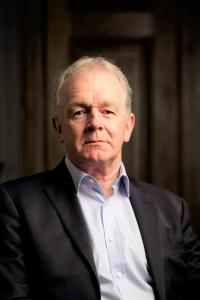 We believe a combination of his extensive leadership experience, detailed understanding of our industry and his recent close involvement with the company will be hugely valuable for us moving forward.”
— Lynne Ross, GSI Chairperson

EDINBURGH, UNITED KINGDOM, May 31, 2021 /EINPresswire.com/ — Global Surface Intelligence (GSI) the leading provider of commercial solutions for sustainable forests, land management and carbon offsets today announced the appointment of Peter Young as the new CEO. Peter has been working with GSI since 2018 as Non-Executive Director, Chairman from mid-2019 and interim CEO since late 2020. He has built up a considerable knowledge of the company, its customers and markets over that period and is ideally placed to take the company through its next stage of growth.

Peter has built a reputation as a leader across high-tech industries based on over 35 years’ experience in the Space, Aerospace and Defence sectors. Prior to joining GSI, he was for 8 years the UK CEO for Telespazio VEGA, one of the UK’s largest space services companies. He was concurrently Senior Vice President of Telespazio SpA’s Systems and Operations Business Line based in Rome.

Since leaving Telespazio, Peter has built a portfolio of industry positions in the Scottish space industry including co-founding the Scottish Space Leadership Council (SSLC) in 2016. He is deeply engaged by the challenge of how satellite data and analytics can be used to realistically support the increasing number of climate action and sustainability initiatives. He was appointed a Lay Member of Court at Strathclyde University in 2019.

Lynne Ross, GSI Chairperson, said: “We are very pleased that Peter has accepted the position as CEO. We believe a combination of his extensive leadership experience, detailed understanding of our industry and his recent close involvement with the company will be hugely valuable for our company moving forward. His focus will be on driving the business development, sales and partnerships opportunities in our rapidly developing markets.”