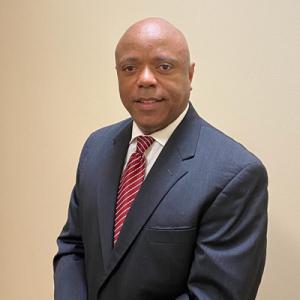 CHARLOTTE, NORTH CAROLINA, UNITED STATES, June 8, 2021 /EINPresswire.com/ — Corporations typically hire people who have served in the military because of their leadership experience, specialized skills, discipline, ability to think under pressure and crisis management.

There are similarities but also differences between the military and the civilian sectors. However, the best military leaders are fluid in leadership style and context. They make adjustments on the fly to solve problems in extremely stressful situations like armed combat and war.

During the Bosnia Armed Conflict, Gerod told soldiers traveling in his convoys, “the most important thing on each mission is you, second is the mission. You all came here as husbands, wives, fathers and mothers. My goal is to get you back to your families because I care about you. Good leaders must have a certain level of empathy in order to maximize the people aspect of the job,” says Gerod. That was instilled in Gerod by his Army leaders and he endeavored to do the same when he was imparting wisdom and guidance to others.

Today, Gerod is an executive coach, trainer and speaker. He founded Gerod King & Associates LLC (GKA), because he wanted to continue helping others be better leaders and professionals. GKA draws on his experiences from military leadership and federal law enforcement to help individuals and organizations maximize potential to achieve results.

“Since establishing GKA, I’m quite pleased with the positive feedback I received from many people after coaching and/or training sessions. That confirms I chose the right endeavor for me and I am having a positive impact on peoples’ professional endeavors,” says Gerod.

“I grew up in the military and federal government, so launching my own business was uncharted territory and scary. For many years I trained people not to be afraid of new challenges and endeavors. Now, I am following my own advice when it comes to GKA,” says Gerod.

“An organization is only as good as the people leading it. It will rise or fall based upon the competence level of leaders calling the shots. Additionally, good leaders will take ownership, hold themselves and everyone else accountable. So, how do you make better organizations? Make better leaders. That’s a proven way to achieve results and that’s what I’m endeavoring to do,” says Gerod.

Listen to the show on BlogTalkRadio