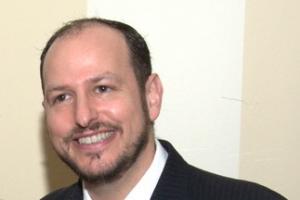 When the world comes down hard on humanity, Geoffrey Girnun believes science is there to lift it

Geoffrey Girnun Examined How Science Helps to Change the World

WOODMERE, NY, USA, October 18, 2021 /EINPresswire.com/ — Geoffrey Girnun has had a solid and overriding belief in the power of science for much of his life. Scientific progress has done many amazing things and helped make the world a better place. But, unfortunately, many people don’t understand this vital fact, and it has caused a decrease in research and development in some sectors. As a result, it is critical to know why such research remains so important to the world.

Why Geoffrey Girnun Believes in Science
The world is a scary place, and many upsetting things happen daily. For example, the COVID-19 pandemic has changed many lives for the worse and caused much suffering. However, when the world comes down hard on humanity, Geoffrey Girnun believes science is there to lift it. While not all advances have been positive, a vast majority of scientific progress has been for the betterment of humanity.

For example, the COVID-19 pandemic has killed many people, which is incredibly tragic. However, it has also fueled better vaccine research options and caused a record-breaking development of effective vaccines. When pushed to the limit in this way, the scientific world responded by changing the world around them and making it better. Who knows what vaccines could come from these new methods?

Just as importantly, science does little things that help to improve your life every day. For example, do you remember a world before the internet? Geoffrey Girnun does. Or before you had cellphones that let you order food, buy concert tickets, or stay in constant touch with people around the world? While not always pretty, this connection has transformed the world and made it a better place in many ways.

Sadly, there remains a lot of anti-science propaganda that has caused many people to lose faith in this field. People pushing their specific agendas try to claim that science is dangerous or causes more problems than it solves. The irony here being that people claiming these things use things like the internet to deliver their messages or vehicles developed by science to live their lives.

This propaganda has had a distinct effect on science education. Geoffrey Girnun has noted a decreased interest in these fields in higher education courses. As a result, this has triggered a shortage of research specialists in many areas, causing a struggle to develop breakthroughs. While this problem isn’t uniform across the world, it is concerning for many in various industries.

There’s no danger of science or research indeed disappearing, of course. The modern world demands too many innovations to keep people out of these fields for long. Even profit-chasing scientists trying to create new electronics are better than none at all. However, it is essential to emphasize this love of science at a young age to ensure that research and progress remain a real possibility.