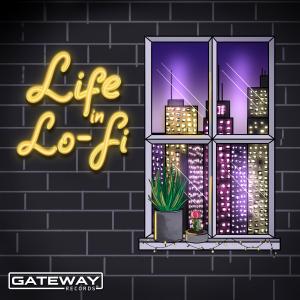 The project builds on Gateway’s legacy as the world’s first all-compilation album record label. “This project is an exciting expansion of the soundscape we’ve been building over the last few years,” said Gateway Records CEO Scott Thomas. “Lofi music is hugely popular around the world, and we wanted to showcase the genre beautifully, but also to highlight some incredible producers in the process,” he added.

Life In Lo-Fi is available through all digital music outlets including Spotify, Apple Music, Amazon Music, Pandora, TIDAL, and more. The album’s lush soundscape features notable Lofi music producers NorthSky, rspbrry, jüle, and Nydia. It also debuts producer Matcha Boi, who’s first-ever track “A Coffee Date” is a playful journey through the the angst and sheer excitement of a first date, shared over a warm espresso. “I’m thankful for the Gateway Records team for allowing my debut single to appear on this Lofi project. I am excited to let the song take fans on a fun adventure of love and joy,” said producer Matcha Boi.

Gateway Records, founded in 1961, has had many reinventions throughout its sixty year history. After acquiring the label, Exegan Media & Entertainment, Inc. relaunched the label as the world’s only all-compilation label. A multi-genre label, their slogan is “All about all music.” With offices in Dallas, Texas and Nashville, Tennessee Gateway Records creates highly curated compilation albums featuring a global roster of artists. Across more than a dozen albums since relaunch, Gateway Records has drives millions of on-demand streams across all major platforms and continues to build and grow a platform where independent artists can be discovered.

10 Types of Virtual Experiences for Mother’s Day, All at the Free Virtual Women’s Expo