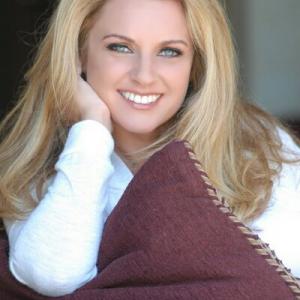 “We’re honored to include Gail Thackray into our BoLAA family.” ~Aurora DeRose

“As a premier author, Gail Thackray has earned a place on L.A.’s most fascinating people list,” said DeRose.

The “Best of Los Angeles Award” community was formed six years ago and consists of over 7,600 professional members living and working in Southern California. It celebrates the best people, places, and things in Los Angeles with the slogan “No Ads. No B.S. Only the Best.”

“The mission of the community is to celebrate the best of Los Angeles and allow its community members to connect with other members who share the highest standards of quality and integrity,” expresses DeRose. “We’re honored to include Gail Thackray into our BoLAA family.”

Thackray has gone on to write multiple successful books, such as “30 Days to Prosperity: A Workbook to Manifest Abundance” and “What’s Up with Your Life? Finding and Living Your True Purpose. Her publishing encourages readers to lead a spiritually empowered life.

Gail Thackray has undoubtedly proven herself time and time again in a male-dominated industry, and she recounts her enthralling life in her most recent book, “Running with Wolves.” Her past experiences have helped her become an extremely successful, strong, and independent businesswoman.

According to her blog, after many different experiences and endeavors throughout her captivating life, Thackray’s goal today is to bring “spiritual principles to the entrepreneurs and business leaders and help spiritual followers achieve material success.”