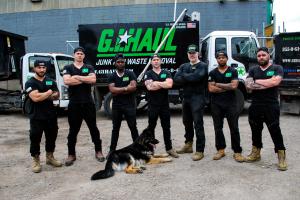 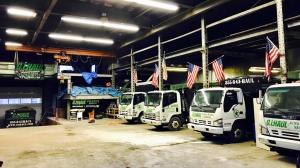 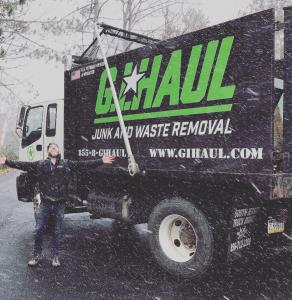 G.I.HAUL® is on a mission to provide veterans an opportunity

We want other veterans who are just like us to have an opportunity waiting for them when they come home. That’s why we started franchising and that is our sole mission.”
— David McCloskey

PITTSBURGH, PA, USA, February 10, 2021 /EINPresswire.com/ — G.I.HAUL® Junk and Waste Removal, a Pittsburgh-based and veteran-owned and operated company, has signed their sixth franchise. Tampa, FL will be added to existing franchises in Pittsburgh, Cincinnati, Atlanta, Austin, and Fort Worth.

“After we came home from Iraq, we had nothing waiting for us. We didn’t know what to do. So, we decided to buy a truck and start picking up junk. We had to learn the hard way and took a lot of bumps along the way. We want other veterans who are just like us to have an opportunity waiting for them when they come home. That’s why we started franchising and that is our sole mission,” said David when asked about why they started G.I.HAUL® and decided to franchise.

“Our Mission is simple: Increase veteran business ownership and we do that by making it affordable.” Mike added. “We aren’t your average franchise. Our foundation is our culture that is shared by a group of like-minded veterans with a strong bond of not only military service, but a bottomless appetite to succeed and to be better. To be a part of G.I.HAUL®, you need the ‘all clear’ from the entire team.”

The McCloskey brothers and G.I.HAUL® aren’t being slowed or deterred by the recent pandemic, either. They are already in advanced talks with multiple locations and expect to open an additional 7-10 franchises within the next 12 months. Not bad for two brothers who started with just a truck and some trash.

To learn more about G.I.HAUL® Junk and Waste Removal, go to www.gihaul.com.

About G.I.HAUL® Junk and Waste Removal

G.I.HAUL® Junk and Waste Removal is a veteran-owned and operated junk removal company. The company began in 2007 in Pittsburgh as Major Deeds Hauling and has been on a mission ever since to provide veterans with an opportunity following their service. G.I.HAUL® has been featured and recognized both locally and nationally having appeared on A&E’s hit show “Hoarders” and being the recent recipient of Citizens Bank’s Small Business Community Champion Award. G.I.HAUL® currently operates in 6 metro areas throughout the US (Pittsburgh, Atlanta, Austin, Cincinnati, Fort Worth, Tampa Bay) and is looking to continue to expand its mission. To learn more about their mission and franchising, visit
www.gihaul.com/franchise.

Agricultural Implement Market – By Type, By Operation, By Application, By Capacity, And By Region, Opportunities, Trends And Strategies – Global Forecast To 2030 The […]