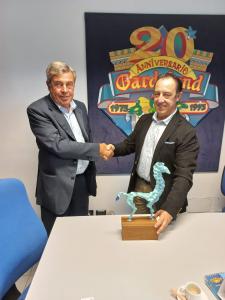 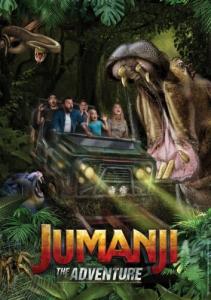 Gardaland has been steadily expanding in both size and attendance over the years. Now, in its most recent expansion, it will include Futura Form. The project joins some of the largest names in theme park entertainment.

Futura Form is a composite manufacturing company under Polin Group that was founded in in 2012. The company provides production, design, and project-management services in addition to developing and producing a wide range of custom composite products. The firm is recognized for the sizeable number of composite signage products that it has designed and produced, in addition to tactile-surface products and pop-up displays for various industries, such as entertainment, tourism, landscape, architectural, and industrial product manufacturing.

Gardaland SpA is widely recognized for its amusement park, Gardaland Resort, which was ranked fifth in Forbes Magazine’s list of the top 10 amusement parks in the work in June 2005. The resort opened in 1975 and now includes Gardaland Park, Gardaland Sea-Life, and the Gardaland Hotel. The entire complex covers an area of 445,000 m2 (4,789,940 sq ft); the theme park sits on 200,000 m2 (2,152,782 sq ft). Since October 2006, the park has been owned by the British company Merlin Entertainments Ltd. Recently, Gardaland announced that it would open the world’s first “Jumanji”- themed ride in partnership with Sony Entertainment. Opening for the 2022 season, the family-friendly dark ride will take guests on a journey through the jungle, encountering a variety of pitfalls, surprises, and dangers. “Jumanji” the movie was originally released in theaters in 1995 and starred Robin Williams, eventually spawning two successful sequels that have proven popular worldwide. Gardaland’s CEO Vigevani described the licensing agreement with Sony was proof of the company’s winning path to partnering with global brands. “Synonymous with adventure, fantasy, fun, action, play, and imagination, ‘Jumanji’ blends seamlessly with Gardaland’s founding values,” he said.

“By joining with such prestigious companies as Gardaland and Merlin, we can offer advancements in technology and other offerings that will help push all of our businesses to higher standards,” Sayin added. “At Polin Group, we believe in the power of the amusement experience and the value it adds to communities around the world.”

More on Merlin Entertainments
Merlin Entertainments, with headquarters in Poole, England, is a global leader in location-based, family entertainment. As Europe’s No. 1 and the world’s second-largest visitor attraction operator, Merlin operates more than 135 attractions, 21 hotels, and six holiday villages in 24 countries and across four continents. Merlin’s purpose is to deliver memorable experiences to its millions of guests around the world, through iconic brands and multiple attraction formats.