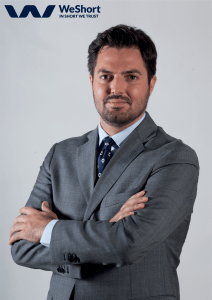 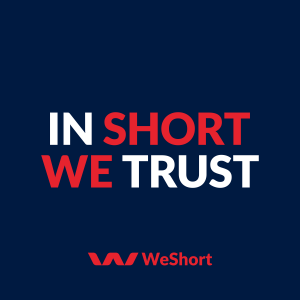 LOS ANGELES, CA, UNITED STATES, March 15, 2021 /EINPresswire.com/ — The last two years have been utterly special. I have met such interesting people, among which Hollywood innovators who are trying to improve the world of cinema, and they have inspired to step up. I’ve had two years of exchanging emails, phone calls, chats about cinema, finance and technology with the same producers who financed Oscar-winning films and other masterpieces by world-renowned Directors.

I remember very well a year ago, just about before the night of the Oscars, they told me “Alex, Hollywood loves Italy”. Hearing it made me quite excited. Also, I felt like I was somehow part of it all. It was like touching a dream with my very own hands. A dream that I have had hidden in my drawer since I was a child. Only those who have a big dream, which they carry in the hearts with so much passion and resilience, can understand me.

This gave me courage to kickstart my startup company, which is based in a charming seaside town north of Bari, Bisceglie (Puglia) the city where I was born and raised, and which I re-embraced after an interlude of life abroad. I believe that Puglia is a wonderful Italian region, so I have decided to trace the coordinates of my future by placing the headquarter of a project that already has a clear international reference, in my native land.

“The Netflix of Short Films”, as it was defined by one of the first people I told my idea of WeShort to. I have embraced this definition dearly, not only because I’ve felt honored by this comparison, but also because we have great ambitions, although we are just newborn startup. WeShort is community, union, interaction and action based, that’s why the “We”, which goes beyond many individualistic and niche concepts.

My passion as a child was cinema. A passion transmitted by my uncle, with whom I have watched hundreds of films since my childhood. At first, I discovered the genres that make up my cinematographic taste today, from Kubrick to Tarantino, passing through Godard, Lynch and Fellini, which are the most popular names for a cinephile. Then I have discovered an incredible interest in short films, and I wondered: why don’t people watch short films every day? From that moment, the idea of WeShort was born. An idea that is also the result of my relationships with people from the world of finance, marketing and technology. An idea that preserves a romanticism towards cinema, but embraces it with the intent of business at the same time.

IN SHORT WE TRUST

I invite you to rediscover the world of short films with WeShort, the new On Demand platform entirely dedicated to short films. From now on, even with 5 minutes of time available, you can have great cinema at your fingertips. On March 21, 2021 we launch the premiere. You are invited by me personally, and by all the WeShort’s staff. You’ll receive the gift of 14-day free trial to discover the incredible world of short films. To receive the invitation, just fill out the form on our website, or request it directly through our social pages.

As founder and CEO of WeShort, I created it on the basis of a passionate and cinephile needs. My team is made up of: Direc-tor/Producer Carlo Fusco as Chief Operating Officer, as well as top-level figures and partners in the field of technological in-novation, business development and film critics, with whom we have already selected hundreds of short films and we aim to always scout for new ones. Through our platform, you will discover works of all kinds, from the world of animation, to multi-awarded short films, as well as unpublished pearls from all over the world. With WeShort you can also enjoy the great cinema on a lunch break.

Bisceglie, along the streets dedicated to filmmakers.