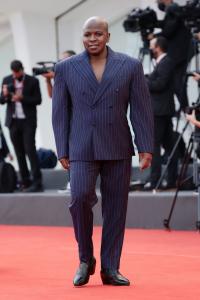 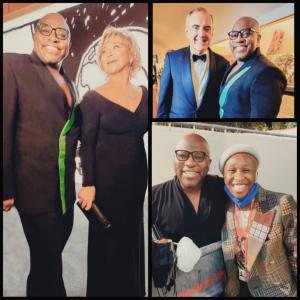 USA & UK, September 8, 2021 /EINPresswire.com/ — Franklin Eugene has finally emerged after the global pandemic, and can be found continuing his fierce advocacy of women and inclusion in the film industry at the 78th Venice International Film Festival taking place this week. He graced the Sala Grande Red Carpet at the Palazzo del Cinema ahead of the out-of-competition world premiere of “Dune”, directed by Denis Villeneuve. Images from the event can be accessed here.

As a notable supporter for diversity and a proponent of representing all voices in art, Mr. Eugene made his presence known at the Annual Seminar on Gender Equality and Inclusivity in the Film Industry. Held at Hotel Excelsior at Venice Production Bridge, Mr. Eugene participated in a discussion that included talented panelists such as Roberto Cicutto, President of La Biennale di Venezia; Alberto Barbera, Artistic Director of Mostra Internazionale d’Arte Cinematografica at La Biennale di Venezia; Enrico Vannucci, Deputy Executive Director of Eurimages; Iole Maria Giannattasio, Ministry of Culture at Directorate General Cinema and Audivo Visual; and Mariagrazia Fanchi, Director of Alta Scuola in Media Comunicazione e Spettacolo dell’Università Cattolica di Milano; among many others. The presentation focused on sharing current relevant data on the issue at hand and discussing potential solutions to elicit a greater presence of women at every level of the entire film industry, festivals included.

Of the event, Mr. Eugene noted, “While strides have been made for women and inclusion of historically marginalized people in front of the camera, we continue to see great need for a tremendous amount of work to be done. In the motion picture drama space, data has revealed that behind the camera, contributions from Black, Asian and minorities in general had fallen from 8.6% in 2018-19 to 5.9% in 2019-20. Additionally, there has been a decrease in the contributions from women in senior roles. This is a tragedy for the industry and arts as a whole.”

Further, Mr. Eugene added luster to the Women in Film Event at the Hotel Excelsior, where he attended as a featured invited guest of Cultured Focus Television Network. The event featured an awards ceremony where notable women who have made indelible contributions in the areas of film and fashion were recognized. The significant fashion designer and businesswoman extraordinaire Alberta Ferretti received the highest honor of the night. During the event, Mr. Eugene was interviewed by various international journalists, to whom he continued the conversation by stressing the need to open the film industry space for women and marginalized voices. “We need look no farther than films like ‘Mona Lisa and the Blood Moon’ to see our significant progress in this space. This film is written and directed by the incredible Ana Lily Amirpour, and the four pivotal roles are performed by Jeon Jong-seo, Kate Hudson, Craig Robinson, and Evan Whitten,” Eugene touted. “However, film crews and the business industry that supported the very filming of this masterpiece still have a dearth of female and minority representation.”

Ahead of the “Mona Lisa and the Blood Moon” screening, Mr. Eugene liaised with the incomparable Cynthia Erivo. Erivo is an English actress, singer and songwriter. She is the recipient of several accolades, including a Daytime Emmy Award, a Grammy Award, and a Tony Award, in addition to nominations for two Academy Awards, two Golden Globe Awards, and a Screen Actors Guild Award. “Cynthia’s humanity is as big as her talent. Her talent is beyond extraordinary,” stated Mr. Eugene. “Cynthia, like the people of the world, I adore you. We will continue to fight for inclusion of those normally forgotten in front and behind the camera.” In Venice Biennale’s tradition of inclusion, Ms. Erivo is a member of the festival jury this year.

Franklin Eugene has voiced that he will remain committed to supporting the movement to amplify more marginalized voices as the Venice International Film Festival comes to a close, “The conversation centered around the need to improve Hollywood in the film industry is as old as the industry itself. Not only is diversity and inclusion good for business, but it ensures all perspectives and contexts are being embraced as both important and necessary to the broader cultural discussion. In order to move forward and truly capture the state of the world today, there needs to be representation of sex and race on every level.”

About Franklin Eugene:
Franklin Eugene is a business professional, internationally awarded fashion designer, film producer, Global Patron of the Arts, and activist. He has been a producer on many films including “Love Gilda” and “The Shepherd”. “Love Gilda” is the extraordinary documentary feature that shares the life of comic icon Gilda Radner. “Love Gilda” opened the 2018 Tribeca International Film Festival, and was nominated for two Emmy Awards in June 2019. “The Shepherd” has received over 30 International film awards and is currently streaming on Netflix. To learn more about Franklin Eugene, access his IMDB here, and his website here.