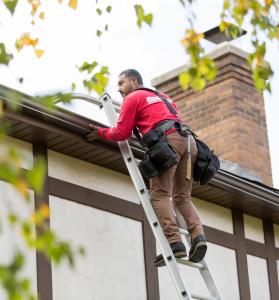 Storm Guard Roofing & Construction franchise was one of 50 brands that were identified as Most Profitable Franchise by Franchise Business Review.

Many franchise owners are doing quite well with many of them pulling in six-figure incomes after only a few years in business.”
— Eric Stites, Founder & CEO Franchise Business Review

To identify the companies on the list of the Most Profitable Franchises, Franchise Business Review analyzed 18 months of data from over 200 franchise brands, representing nearly 30,000 franchise owners. Franchisees were surveyed on 33 benchmark questions about their experience and satisfaction regarding critical areas of their franchise systems, including financial opportunity, leadership, training & support, and the franchisee community.

The selection criteria eliminated brands with a minimum startup capital requirement over $250,000 to focus on highly profitable franchise opportunities that are more financially attainable to the average franchise candidate. Other criteria included average owner incomes and franchise owner satisfaction. All brands on the list have at least 25% of their franchise owners earning annual incomes of $150,000 or higher and ranked above benchmark for franchisee satisfaction.

The data also shows that franchisees from the 50 Most Profitable Franchise brands rate their satisfaction with their overall financial performance 19% higher than brands not on the list, and 9 out of 10 (90%) would “Recommend their franchise to others.”

“People enter franchising for many reasons, but the most popular one is that they want to own their own business without taking on the hassles and risks of having to start it from scratch. But the truth is anyone who buys a franchise also wants to be assured of making a decent living, and our research proves that many franchise owners are doing quite well with many of them pulling in six-figure incomes after only a few years in business,” said Eric Stites, founder and CEO of Franchise Business Review.

Franchise Business Review (FBR) is a leading market research firm serving the franchise sector. FBR measures the satisfaction and engagement of franchisees and publishes various guides and reports for entrepreneurs considering an investment in a franchise business. Since 2005, FBR has surveyed hundreds of thousands of franchise owners and over 1,100 leading franchise companies. FBR publishes free and unbiased franchisee satisfaction research reports throughout the year online at http://www.FranchiseBusinessReview.com. To read our publications, visit https://franchisebusinessreview.com/page/publications/.