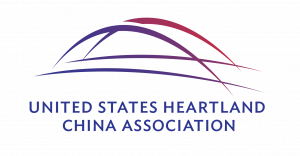 It is our conviction that U.S.-China partnerships and collaboration are absolutely critical if our planet is to be able to successfully address the most significant global challenges of our time”
— Bob Holden, former Governor of Missouri, Chairman and CEO of USHCA

JEFFERSON CITY, MISSOURI, UNITED STATES, July 1, 2021 /EINPresswire.com/ — “We are thrilled that both the Ford Foundation and the Henry Luce Foundation have awarded our organization grants to maintain the momentum of our important work building bridges and understanding between the American Heartland and China,” Bob Holden, former Governor of Missouri, Chairman and CEO of the United States Heartland China Association (USHCA) announced.

“On behalf of the Heartland community we serve, from the Great Lakes down to the Gulf of Mexico, I want to thank both foundations for their leadership and commitment to the Heartland by investing in USHCA to develop long-term resources for global understanding and engagement,” Min Fan, Executive Director of USHCA added.

Over the past 80 years, the Ford Foundation and the Henry Luce Foundation, both established in 1936, have invested significantly to promote international understanding and international cooperation.

Elizabeth Knup, Director and Chief Representative of Ford Foundation Beijing Office said, “the Ford Foundation is committed to promoting knowledge and mutual understanding as a sound basis for international cooperation through the creation and maintenance of channels of communication that include a wide range of perspectives. USHCA is instrumental in engaging a diverse set of American actors in dialogue with their Chinese counterparts. We believe this work will contribute a collaborative response to the global challenges that confront us all.”

“Given the critical importance of U.S.-China collaboration in addressing global challenges in food security, climate volatility and pandemic human and animal diseases, many more channels of collaboration and dialogue are needed,” USHCA strategic advisor, Ambassador Kenneth Quinn (ret.), reflected. He further noted that “political issues in both countries are making progress in government-to-government exchanges difficult. It therefore is imperative that non-governmental entities like USHCA step forward to fill this void.”

Through the ups and downs in U.S.-China relations in the past few years, USHCA has emerged as a unique platform, away from the DC political environment, that can bring together the private and public sectors, business leaders, government representatives, and NGOs from both the U.S. and China to engage in dialogues and interactions. This USHCA capability is thanks to a unique set of past involvements and a legacy of promoting friendship between the two nations in the Heartland.

Thanks to the Ford Foundation grant, USHCA was able to organize the successful inaugural U.S.-China Agriculture Roundtable this past spring, which brought together an exceptional array of American agribusiness CEOs, bipartisan government officials, commodity group executives, Land Grant and Historically Black Colleges and Universities (HBCU) Deans with Chinese counterparts to identify “The Way Forward from Shared Challenges to a Shared Future.”

The four-day virtual dialogue was a demonstration of USHCA’s ability to create a trusted platform at this time of great tension between the two countries. On the American side, high-level participants such as the CEOs of Deere & Company, United Soybean Board, US Dairy Export Council, National Pork Board, ADM Group, and the Syngenta Group participated. Chinese partners including President of COFCO, Hebei and Hubei provincial deputy governors, the Chinese Academy of Social Sciences, and many more reciprocated the call for collaboration in this dialogue. The result was one of the most positive series of exchanges during a period marked almost exclusively by largely negative public exchanges at the governmental level.

“We are so pleased to have USHCA as our new partner in the American Heartland to help cultivate global awareness in communities with fewer resources on China and to create new channels of communication among a broader base of stakeholders”, said Dr. Yuting Li of the Henry Luce Foundation.

“It is our conviction that U.S.-China partnerships and collaboration are absolutely critical if our planet is to be able to successfully address the most significant global challenges of our time,” Governor Bob Holden emphasized. He concluded by saying that “Thanks to the support of the Ford Foundation and the Henry Luce Foundation, USHCA is poised to continue providing the essential leadership and resources to support this critical collaboration.”

*The US Heartland China Association is a 501(C)3 grassroot bipartisan organization that is dedicated to foster and support a positive, productive, and mutually beneficial relationship between the United States and the People’s Republic of China by creating more channels of collaboration and opportunities for economic growth in the American Heartland Region: the 20 states from the Great Lakes to the Gulf of Mexico. *