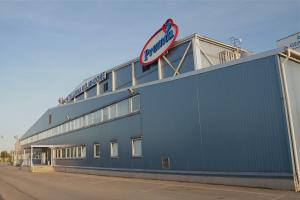 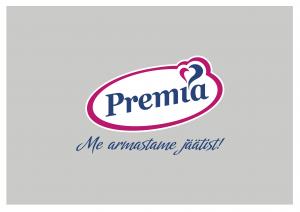 TALLINN, ESTONIA, June 4, 2021 /EINPresswire.com/ — Estonian flagship ice cream producer Premia TKH, part of Food Union Group, which celebrates its 65th anniversary this year, will completely make a full transition to renewable energy starting from June 1. This is a big leap in the FMCG space with ESG considerations with a significant step towards more environmentally friendly production, as the annual CO2 emissions of the ice cream factory and freezer warehouse will be reduced by more than 95% or more than 2,800 tons.

“We at Food Union Group aim at growing our business while controlling and reducing our environmental impact. We believe it can be done through continuous innovation, adaptation and improvement, but also through sustainable partnerships that serve the benefit of the whole dairy eco-system. I am extremely elated and appreciative of our Estonian colleagues and their major achievement in ESG area, creating ice cream that has never been more natural – made of sun and wind – than today,” says Normunds Staņēvičs, CEO of Food Union Group in Europe.
Premia’s journey towards greener production had many stages, the largest of which – the transition to 100% renewable electricity and automated LED luminaires and the introduction of Fusebox virtual power plant solution that reduces electricity consumption – have been successfully achieved today.

“Premia is the largest ice cream producer in Estonia and the honorable title also carries a great deal of responsibility. We produce a total of about 5,000 tons of ice cream for the domestic market and export annually on our 9 powerful production lines, which requires a lot of electricity. We are aware that with such a resource intensity, we must do everything we can to ensure that the impact of our production on the environment is as small as possible. Calculations show that the 2,800 tons of CO2 saved are emissions that should be offset by planting nearly 47,000 trees or the need for 4,000 people to give up one flight a year,” said Aivar Aus, Chairman of the Management Board of Premia.

Premia started to vigorously reduce the use of electricity already in 2013, when both the factory and the freezer warehouse switched to automated LED luminaires. Thanks to this innovation alone, 42% less electricity is used today than eight years ago.

In addition, at the end of 2019, Premia also introduced the Fusebox service solution, which switches off refrigeration compressors 2-3 times a day for up to half an hour. In this way, the system ensures the maintenance of a temperature suitable for the production and storage of high-quality ice cream and also offers flexibility to the electricity system, helping to balance the production and consumption of electricity in the electricity system. Flexibility is an alternative to fossil fuel balancing power plants.

Premia Tallinna Külmhoone started its operations in 1956 and as of 2020 is the overwhelming leader of the Estonian ice cream market with a market share of 39%. The company’s brands Premia, Eriti Rammus and Väike Tom form the top three of the favorite ice creams of Estonian ice cream lovers. The company belongs to the international group Food Union, which brings together leading ice cream and dairy producers in the Baltics, Denmark, Norway, Romania, Russia and Belarus.