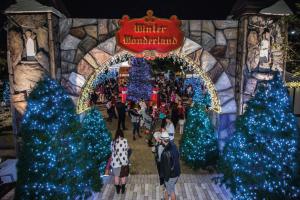 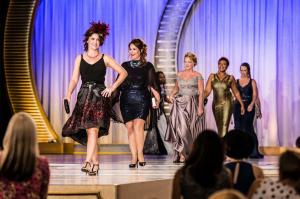 For the past 30 years, the Clearwater Community Volunteers (CCV) has helped underprivileged youth. Their fashion show went virtual this year due to COVID

We had no idea what to expect of our first virtual event and we couldn’t be happier with the results,”
— Christine Hays, communications volunteer

CLEARWATER, FLORIDA, USA, September 29, 2021 /EINPresswire.com/ — In less than 24 hours, over 100 items were auctioned off at the first-ever virtual Fashions with Flair fundraiser, produced by the Clearwaer Community Volunteers (CCV). The event took place on qtego.net at 5 pm on September 17th and ended at 3 pm the next day. The funds raised go to the Pinellas County Sheriff’s Police Athletic League (PAL) and towards production of CCV’s Winter Wonderland.

Of the 150 people who registered, 51 won silent auction items which ran the gamut from jewelry and designer handbags to lodgings in secluded Virginia and Georgia cabins.

“We had no idea what to expect of our first virtual event and we couldn’t be happier with the results,” said Christine Hays, communications volunteer for CCV.

For 30 years, CCV has been supporting other nonprofits, children and families in the community with annual events, such as, the “Ginormous Easter Egg Hunt” in Coachman Park and CCV’s famous Winter Village, Winter Wonderland, now in Osceola Courtyard, at Drew and Fort Harrison, downtown Clearwater. Winter Wonderland is also a food and toy drive to support local nonprofits such as Nourish to Flourish, which feeds thousands of chronically hungry children in Pinellas County.

Each year, CCV delivers presents to the children who are cared for by PAL. Headed by former Pinellas County Commissioner, Neil Brickfield, PAL helps the most under-served, low income families in the mid-county area of the county between Clearwater and St. Petersburg. With the uncertainty of the pandemic, CCV decided to hold their Fashions with Flair fundraiser online. Before the pandemic, Fashions with Flair featured prominent Tampa Bay ladies modeling fashions from local boutiques.

About the Clearwater Community Volunteers (CCV)
The Clearwater Community Volunteers (CCV) is a nonprofit, charitable organization made up entirely of volunteers and was founded by parishioners of the Church of Scientology in Clearwater. CCV produces the “Ginormous Easter Egg Hunt” in Clearwater’s Coachman Park every spring, Fashions with Flair fundraiser and Winter Wonderland for three weeks of the Christmas season. CCV gets their inspiration from Scientology Founder L. Ron Hubbard‘s article, “Love and Help Children” in his book The Way to Happiness. CCV has raised hundreds of thousands of dollars over the past 30 years for charities such as Nourish to Flourish, Shriners Hospital for Children, Boys and Girls Club of the Suncoast, Homeless Empowerment Program, the Make-A-Wish Foundation, the Police Athletic League and the Children’s Home, Inc., the oldest orphanage in Tampa.