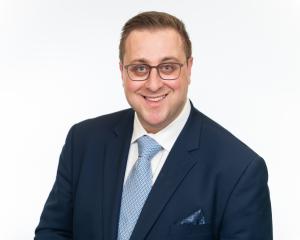 We sought a dynamic, entrepreneurial leader that wholly understands the interactive gaming industry and all of its nuance, and someone who rivals my own spirit as a trailblazer.”
— Seth Schorr

“I’m thrilled to join Fifth Street Gaming Digital. We’re planning some interesting concepts for the US market,” said Young. “I’m doubly excited about the prospect of working alongside such prolific and experienced entrepreneurs in FSG’s co-founders Seth Schorr and Jeffrey Fine. Together, we see some opportunities that we believe are worth pursuing, and so we’ve made the decision to pursue them. I’m highly confident that the initiatives we have planned will add tremendous value to the interactive gaming market in the USA.”

Young joins Fifth Street Gaming Digital from PointsBet (ASX: PBH), where he most recently served as the company’s Chief Innovation Officer and remains an Advisor, having played a key role in the sports betting and online casino operator’s rapid growth. Prior to joining PointsBet, Young served as Executive Director of Online Gaming at Foxwoods Resort Casino, where he was responsible for the strategic development and oversight of Foxwoods’ existing and emerging interactive gaming efforts. Prior to Foxwoods, Young served as Chief Operating Officer and Board Member of Flower City Gaming, President at SY Ventures, and Director of Strategy at TexasHoldem.com.

Young has a proven track record of continuously being at the forefront of new and relevant online gaming technologies and trends and was recognized for both the Innovation Group’s Emerging Leaders of Gaming Award and Global Gaming Magazine’s 40 under 40 in 2018.

“We’re excited to have someone of Seth’s caliber join our team,” said Seth Schorr, Fifth Street Gaming CEO. “We sought a dynamic, entrepreneurial leader that wholly understands the interactive gaming industry and all of its nuance, and someone who rivals my own spirit as a trailblazer. We’re going to be treading some new ground, and I believe Seth greatly strengthens and complements our abilities as an organization.”

FSG Digital is co-founded by CEO Seth Schorr and Jeffrey Fine. FSG Digital is aimed at supporting the interactive sports wagering and iGaming ecosystem through the introduction of product lines focused towards engaging and communicating authentically with the LatinX audience.

Fifth Street Gaming owns and operates five casinos – including the Silver Nugget and Lucky Club in the heart of the Hispanic community in North Las Vegas – along with multiple food and beverage concepts. The leadership team of Fifth Street Gaming have been pioneers in the intersection of esports, interactive technologies, and gambling since 2015 and are developing companies and products that attract the next generation of gambler to Las Vegas. Together, Schorr and Fine have been catering to the LatinX casino customer since 2006 when they originally formed Ganaste Gaming. With the addition of Young to the leadership team, FSG Digital aims to deepen its position in interactive gaming and expand upon its existing experience serving the Hispanic audience through the introduction of products specifically designed to serve a heavily underserved – and rapidly growing – Hispanic populace in the USA.