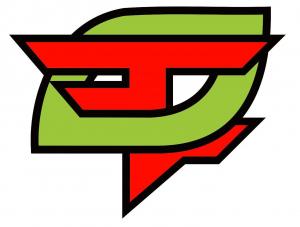 FaZe Clan is thrilled to announce the highly-anticipated collaboration with OpTic Gaming to commemorate the history and legacy between the two gaming powerhouses. FaZe and OpTic have pioneered the way for dozens of gaming organizations and content creators over the years and will continue for those to come. The collaboration, which was teased in the first episode of FaZe Clan’s vlog series, is anchored by a limited-edition merchandise capsule collection that celebrates the journey from being major leaders in the early Call of Duty sniping days to now being two of the most influential collectives in all of gaming. Watch the high-energy VFX announcement HERE.

While the FaZe Clan x OpTic Gaming rivalry is one of the greatest in all of esports, the merchandise collection pays homage to the organizations’ brotherly relationship. The collection includes products such as a dual jersey, hoodies, t-shirts, shorts, lava lamp, and more. Along with the merchandise collection, multiple content pieces featuring key talent from each organization will drop in the coming weeks. Fans can check FaZe Clan and OpTic Gaming’s social channels for more information.

“To say we owe a lot to Hector and OpTic is an understatement,” says FaZe Temperrr. “We created something out of nothing and we wouldn’t be here without their blueprint. It’s been mind blowing to watch both brands grow into something that can never be recreated and revolutionize the space together. “

“The beauty of competition is that it drives innovation, and although OpTic was the first of its kind, OpTic didn’t define itself until the FaZe Snipers came to play,” says OpTic HECZ. “Without FaZe and the fresh new look they brought to the fast-growing esports and gaming entertainment landscape, OpTic and gaming culture wouldn’t be where it is today, for it was FaZe and their innovations that helped gamers transcend gaming.”

FaZe Clan and OpTic Gaming have been thriving off of each other’s success for the last decade, first taking over the sniping scene in early 2010s before moving to competitive Call of Duty to finally leading the charge in all things gaming culture and lifestyle. Both organizations understood that content and competition were key to growing communities and building a brand, two aspects that have transformed gaming from a pastime amongst the anti-social to a cultural phenomenon and one of the most prestigious forms of entertainment.

About FaZe Clan
Since its inception in 2010, FaZe Clan has established itself as the world’s most prominent and influential gaming organization known for its disruptive original content and hyper-engaged global fanbase of over 350 million combined across all social platforms. FaZe Clan holds an unrivaled position at the epicenter of gaming, sports, culture and entertainment, driving how the next generation consumes content, plays and shops. Their roster of 85 influential personalities consists of world-class gamers, engaging content creators and a mix of talent beyond the world of gaming, including NBA star Ben Simmons, Lebron “Bronny” James Jr and Lil Yachty. The organization’s unmatched esports division includes nine competitive teams in Call of Duty League (Atlanta FaZe), Fortnite, FIFA, PUBG, PUBG Mobile, Rainbow Six, VALORANT, Rocket League and CS:GO with dozens of world championship trophies among them. In addition, FaZe Clan has become a sought-after fashion and lifestyle brand through an inspired apparel line and limited-edition collaborations with partners including Champion, NFL, Manchester City FC, Lyrical Lemonade, Kappa, CLOT, LA Kings, and more. Follow us @FaZeClan, @FaZeApparel and @FaZeUpdate.

About OpTic Gaming
OpTic Gaming is an industry defining esports, media, and entertainment organization. With an audience built up over a decade, widely recognized for its extensive impact pioneering this emerging industry, its passionately engaged global fan base called the GREENWALL, and their astounding record of competitive success. With over 50+ Championships across Call of Duty, Halo, Counterstrike, DOTA, & Gears of War as well as boasting two Gold Medals at the X-Games & the CWL World Championship in 2017, OpTic Gaming’s resumé is among the greatest of any organization. Led by Hector “HECZ” Rodriguez, OpTic was thrusted at the forefront of gaming entertainment with their mix of sniping montages as well as competitive gameplay in their early years. Their award-winning docu-series, “Vision” began in 2015, detailing the behind-the-scenes look with everything OpTic and continues today with their series, “The Process” which is a staple in the gaming community. Follow us at @OpTic, @OpTicChi & @OpTicUpdate